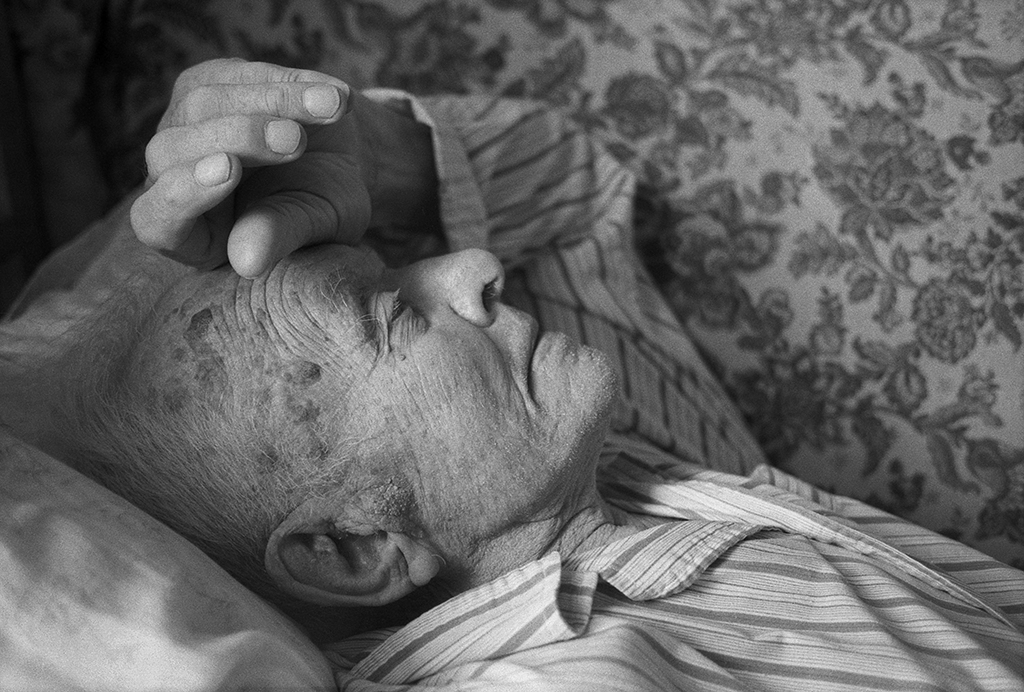 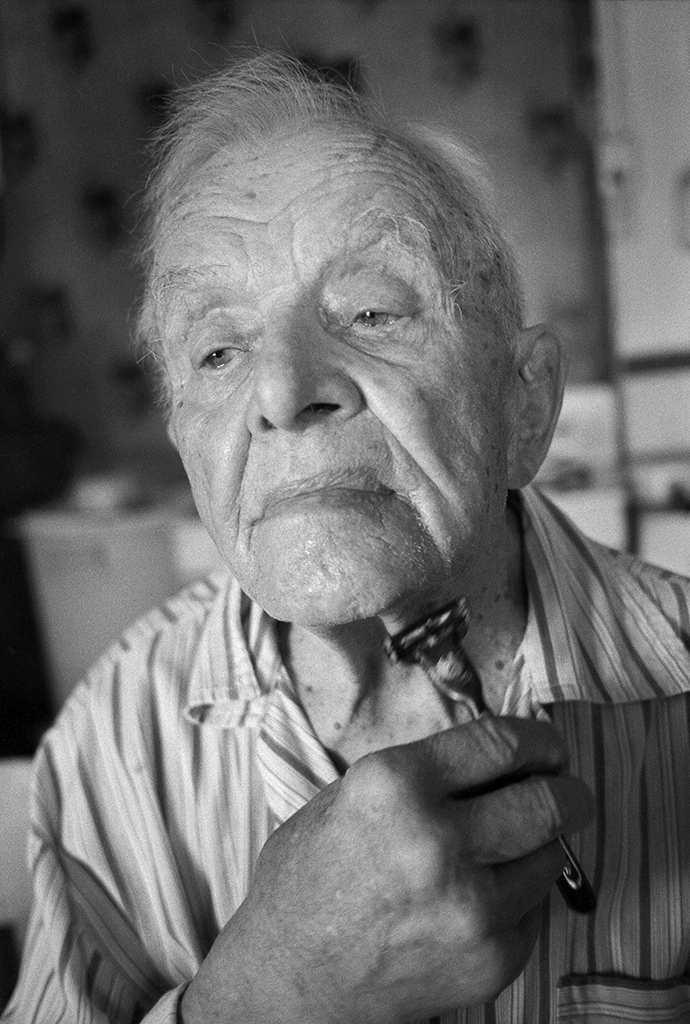 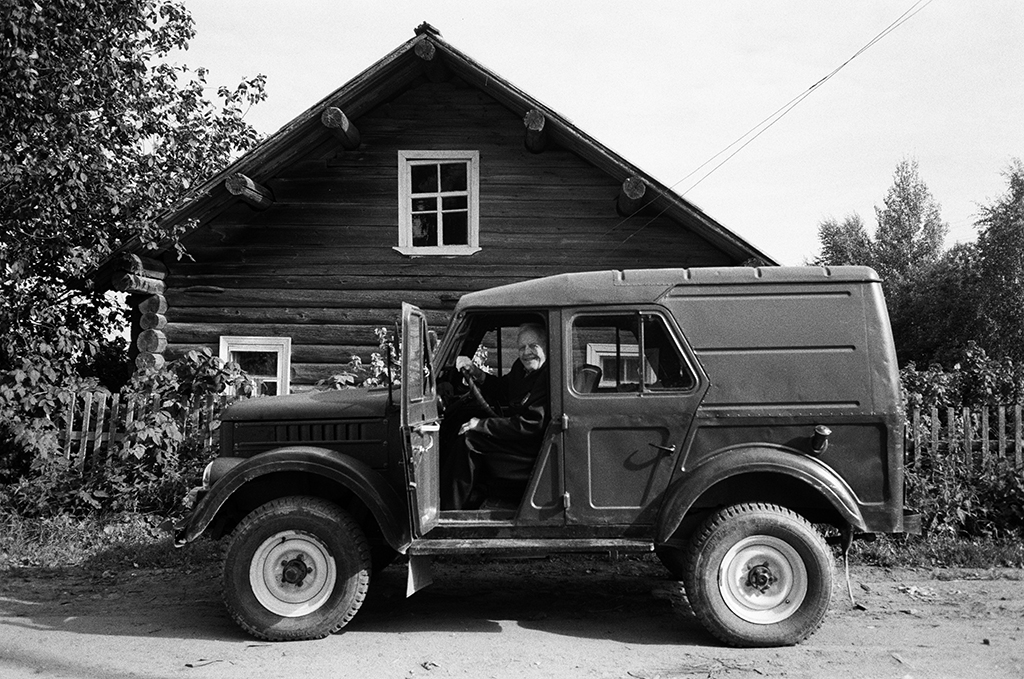 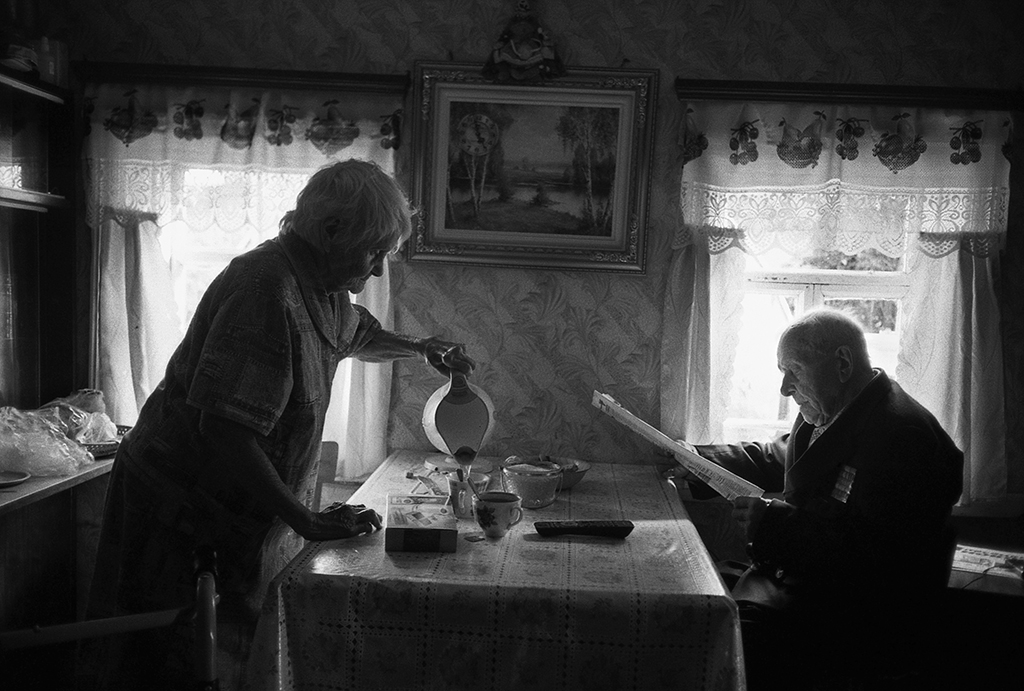 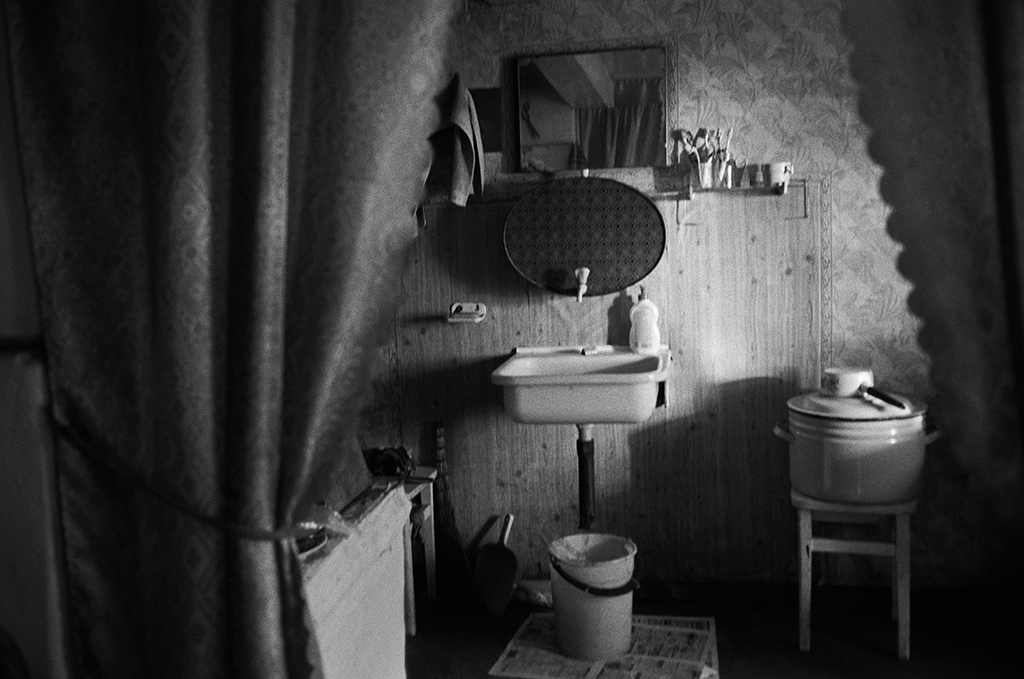 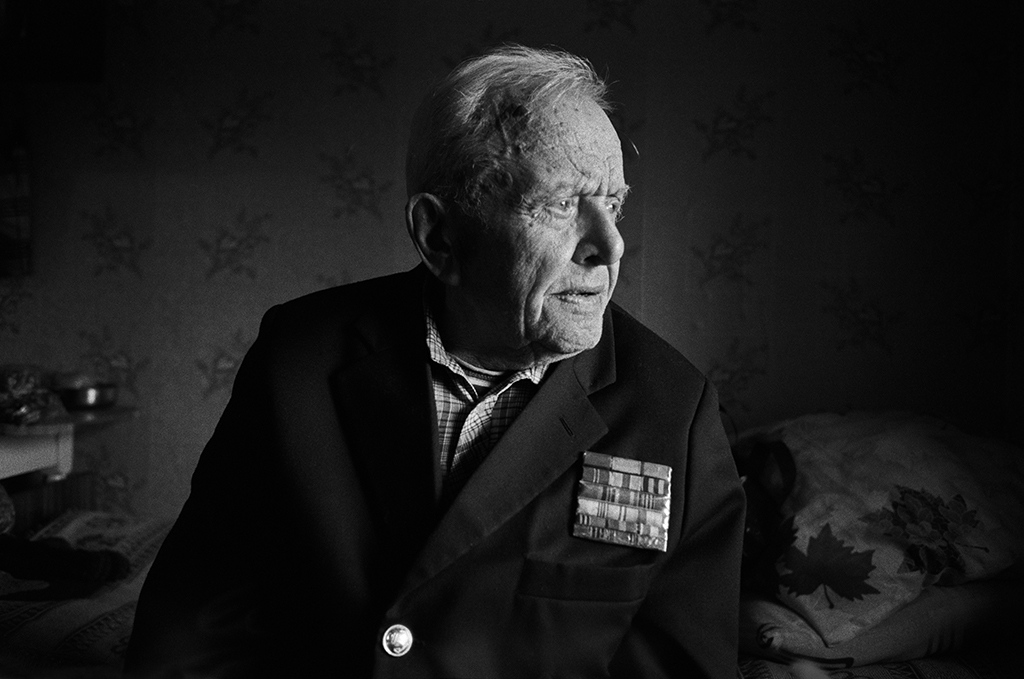 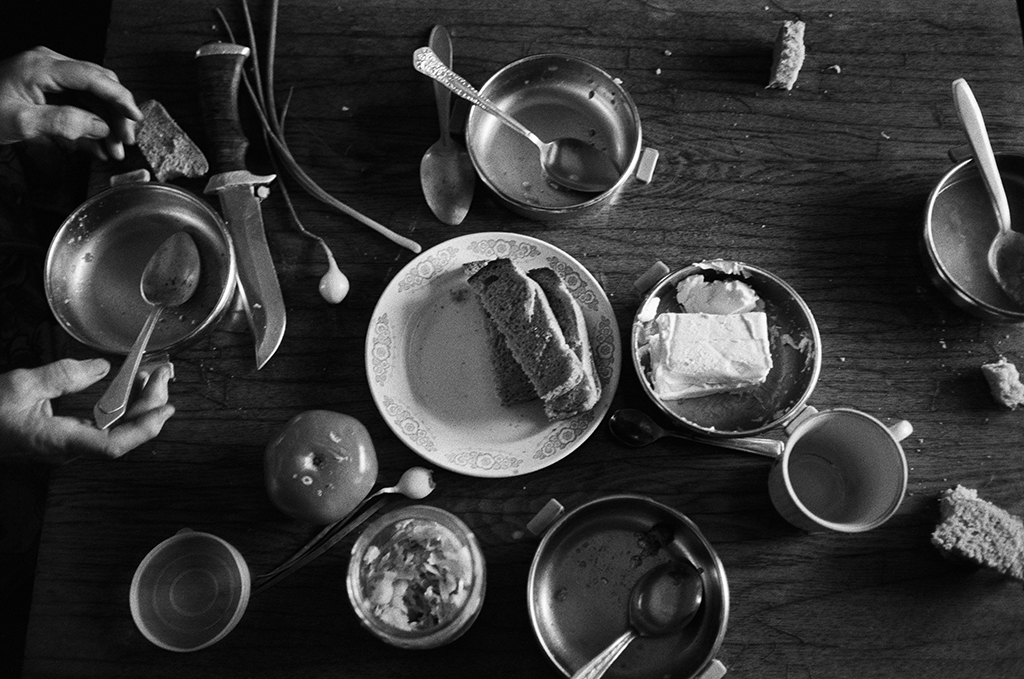 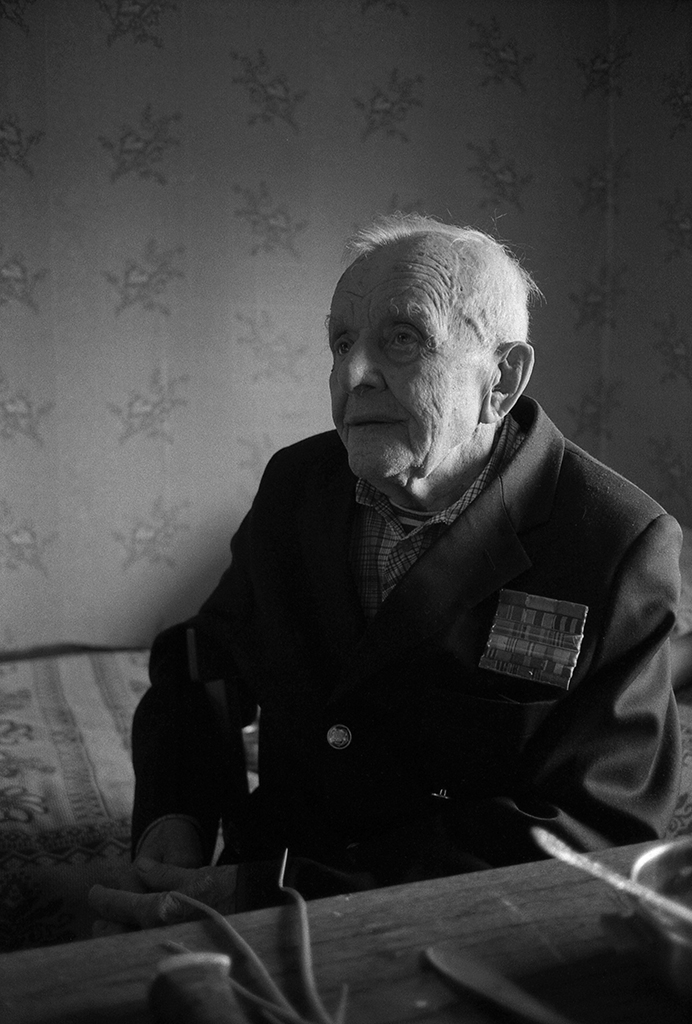 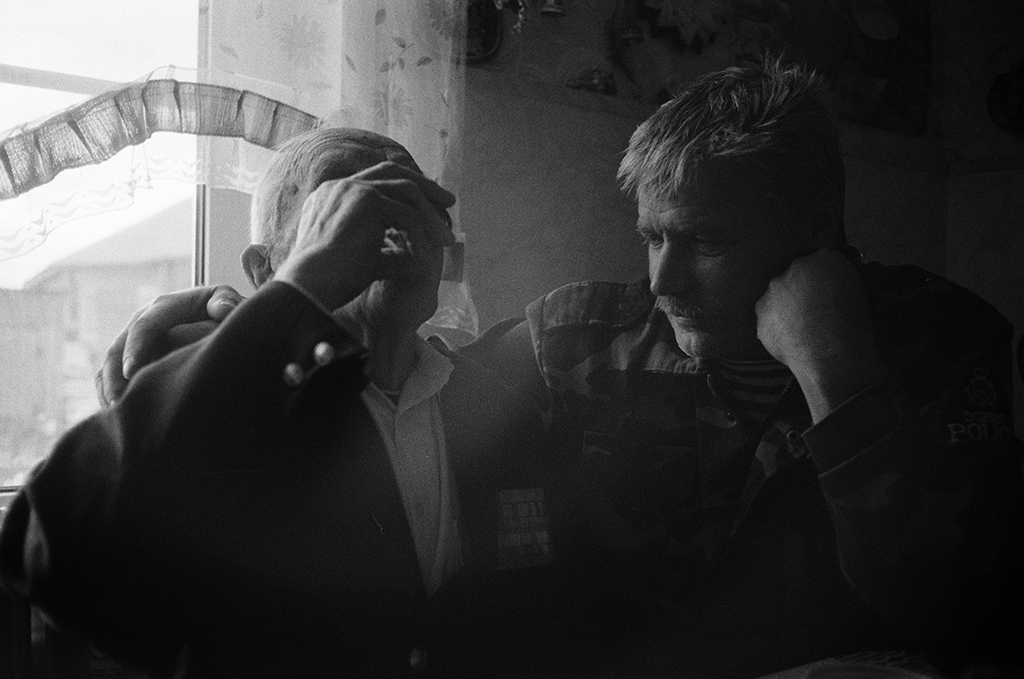 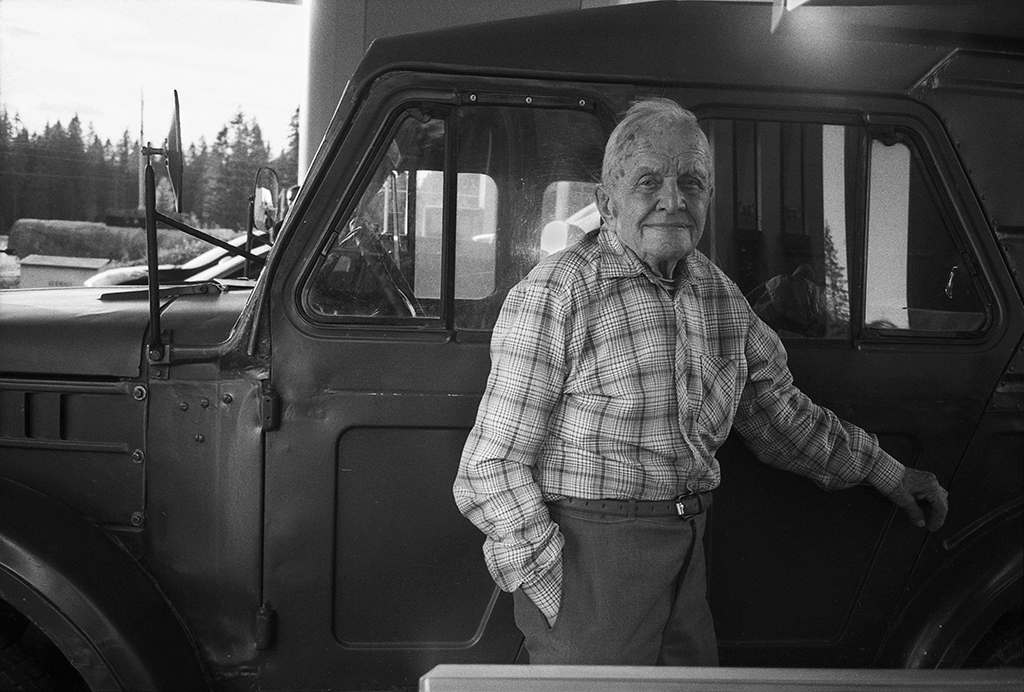 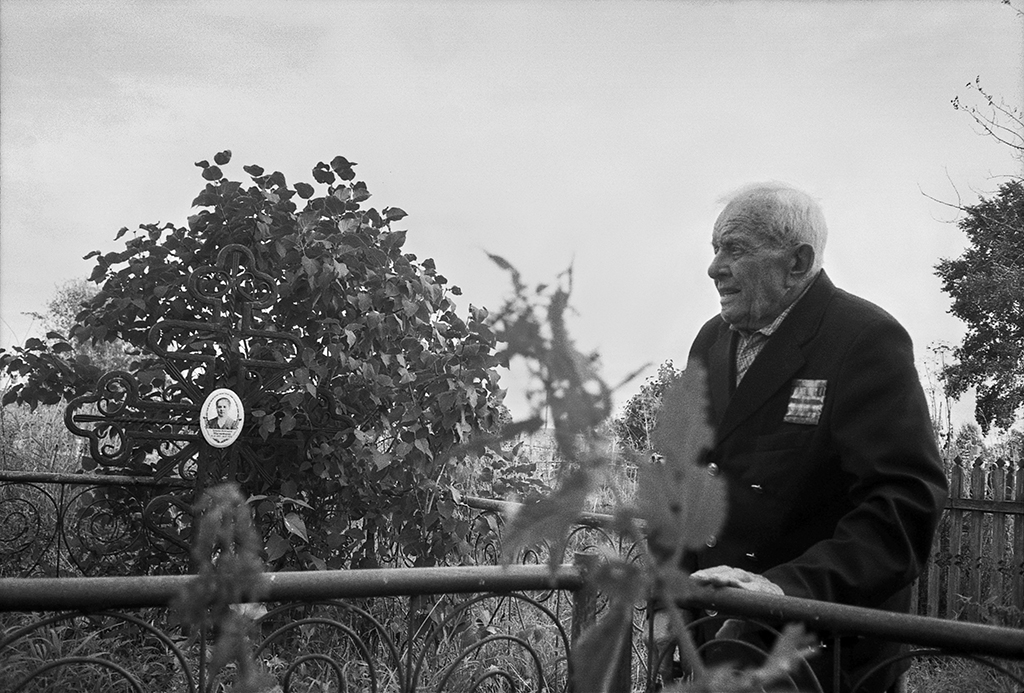 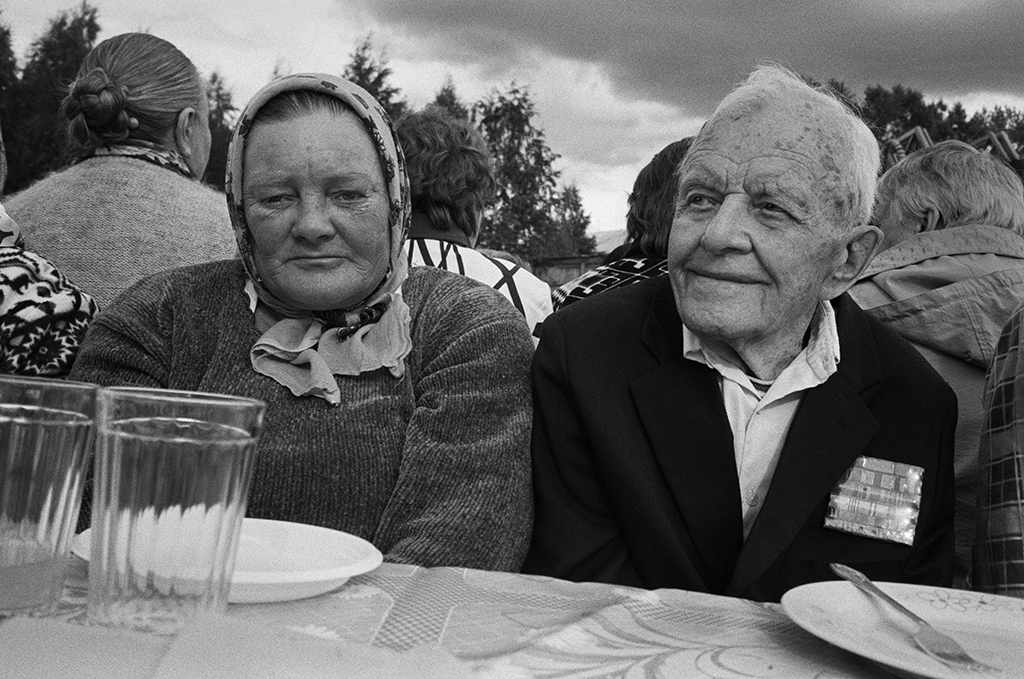 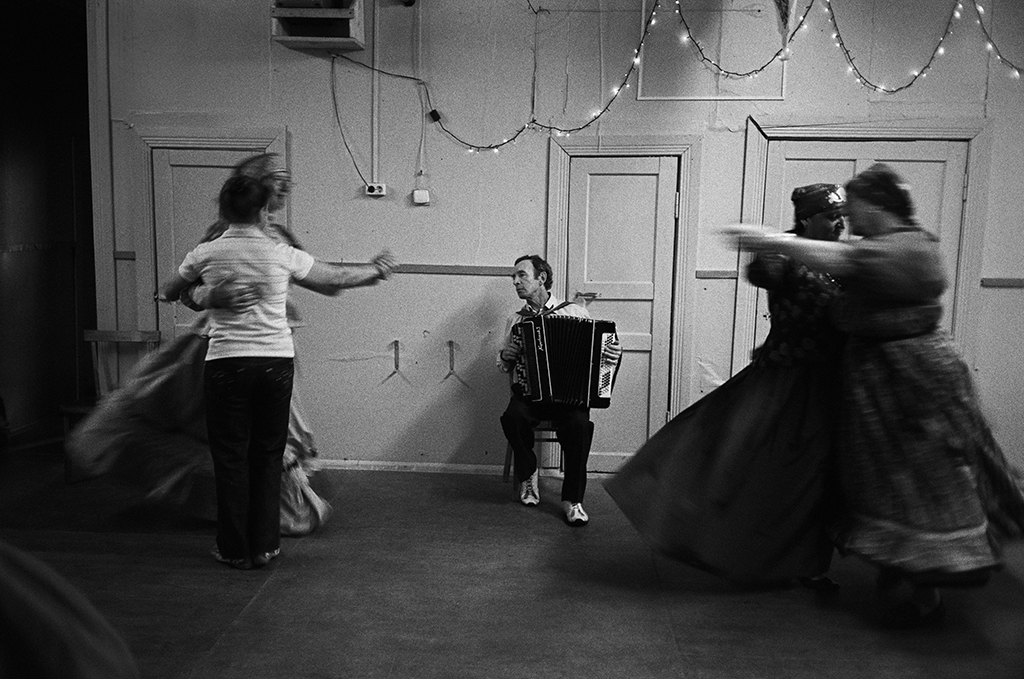 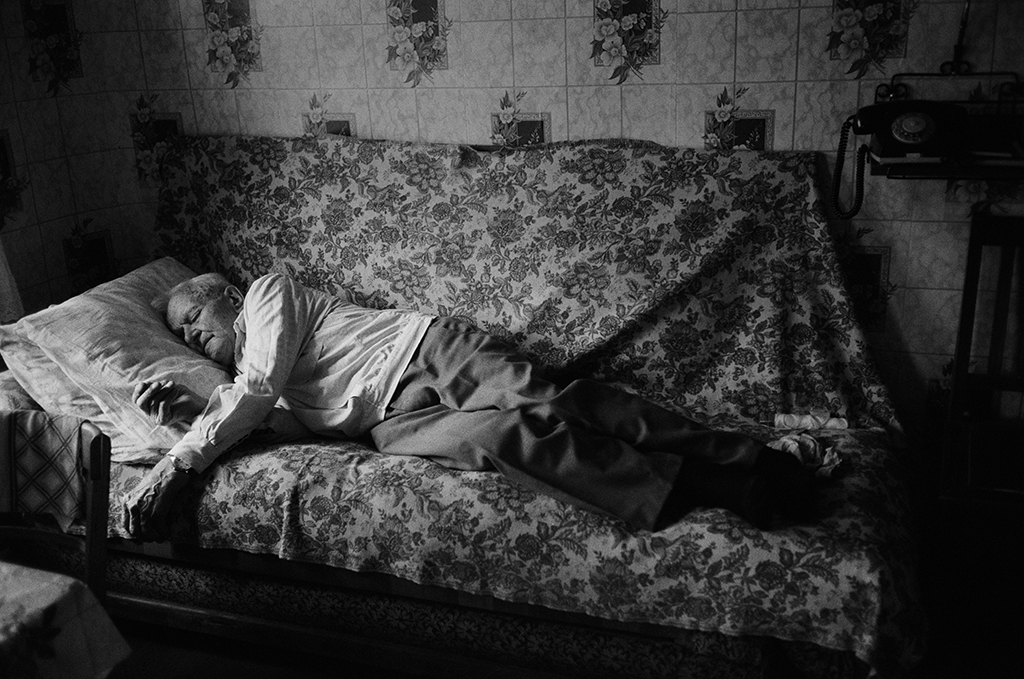 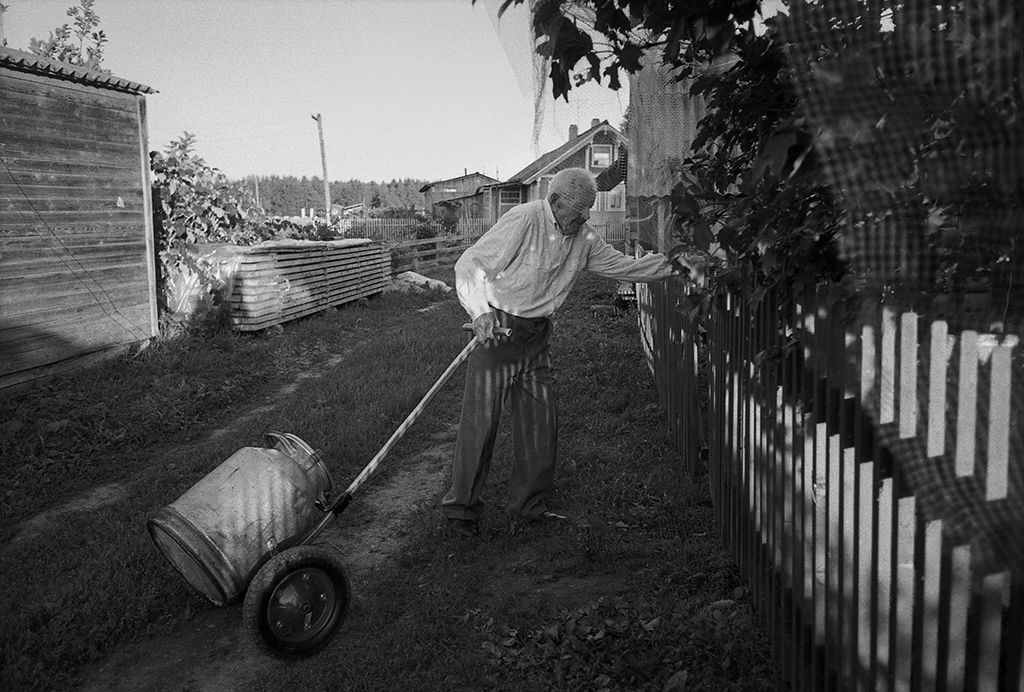 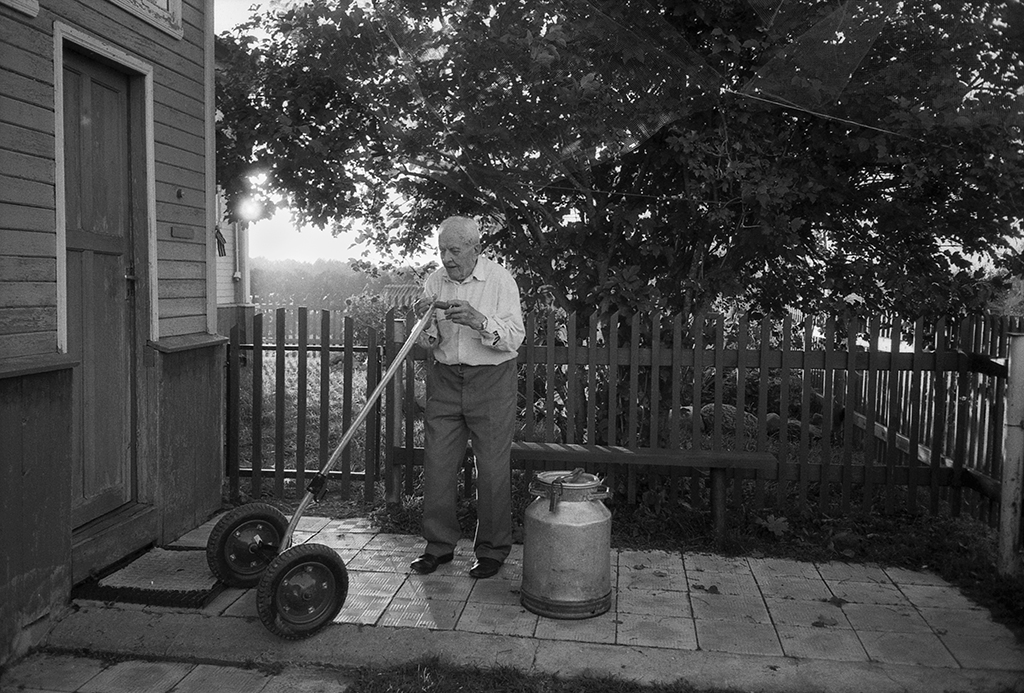 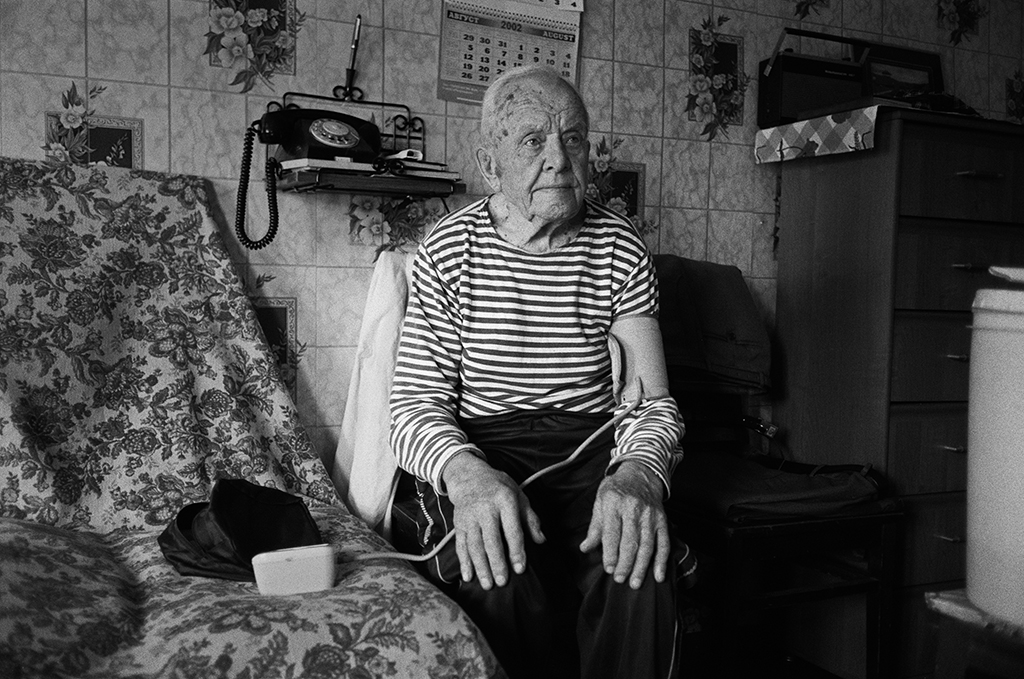 Alexandre Arsentyevich Malyutin is the veteran of three wars – The Winter War, The Great Patriotic War, The Soviet-Japanese War. He is 97 years old.
When I was asked to photograph Arsentyevich, I was preoccupied – what if he doesn’t move and doesn’t do much, what if he wouldn’t be willing to talk and be photographed?
The man whom I met had nothing to do with the image that I had preconceived. Arsentyevich turned out to be a beautiful man, full of energy, charming, with a great sense of humour, and, besides all that, he was driving his own car.
He is very well-organized and tidy. He gets up before 8a.m., he cooks breakfast and dresses up – he often wears a service shirt that he has since he had served in the river fleet. He often goes to a village café for lunch.
His wife died a long time ago and at some point he thought of remarrying, but he wouldn’t have been able to find any woman that would comply with his demands – none of the women was neat enough for him.
He has lots of friends, all of them, naturally, much younger than himself. When he needs to go anywhere, even quite far away, he takes his car, an old GAZ-69 truck. He takes meticulous care of this car, repairs and cleans it.
Once we talked to a woman in another village, and she would say, “There is an old man here about your age”, talking about an 80-year-old man. Both Arsentyevich and I, we started to laugh.
Many elderly people, many people who survived in a war, and, especially, the veterans, submerge into their memories and live in the past. Arsentyevich, on the contrary, fully lives in the present. He recalls the wars the same way he recalls other episodes from his life.
Sometimes he would get up, take his car, buy candies and go to the village nursery school to treat the children to candies, just for pleasure.
Arsentyevich is the embodiment of the words “If you love life, life will love you back”.
When I took my train back to Saint-Petersburg, I would realize that I already missed his jokes and the cunning smile of his.

The series was created for the project "What does the motherland start with?" curated by Irina Meglinskaya.