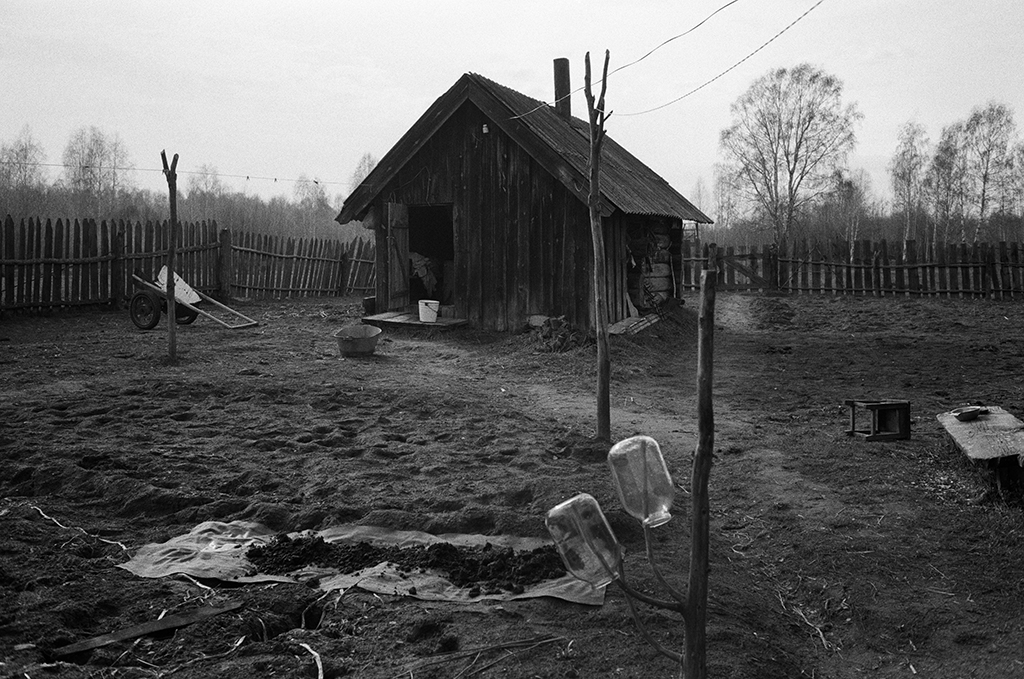 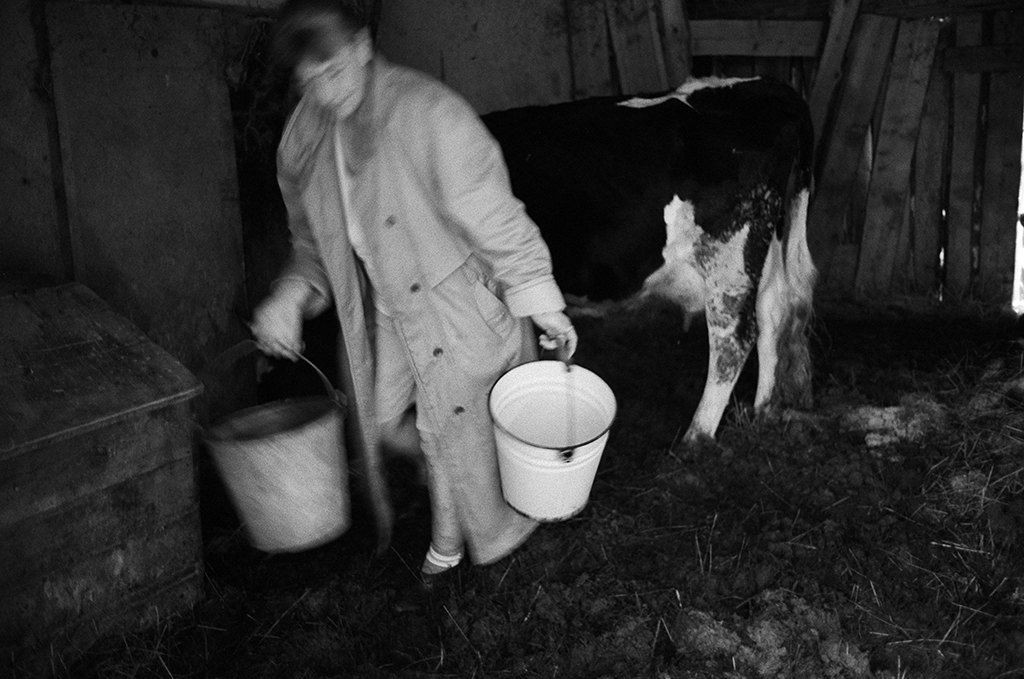 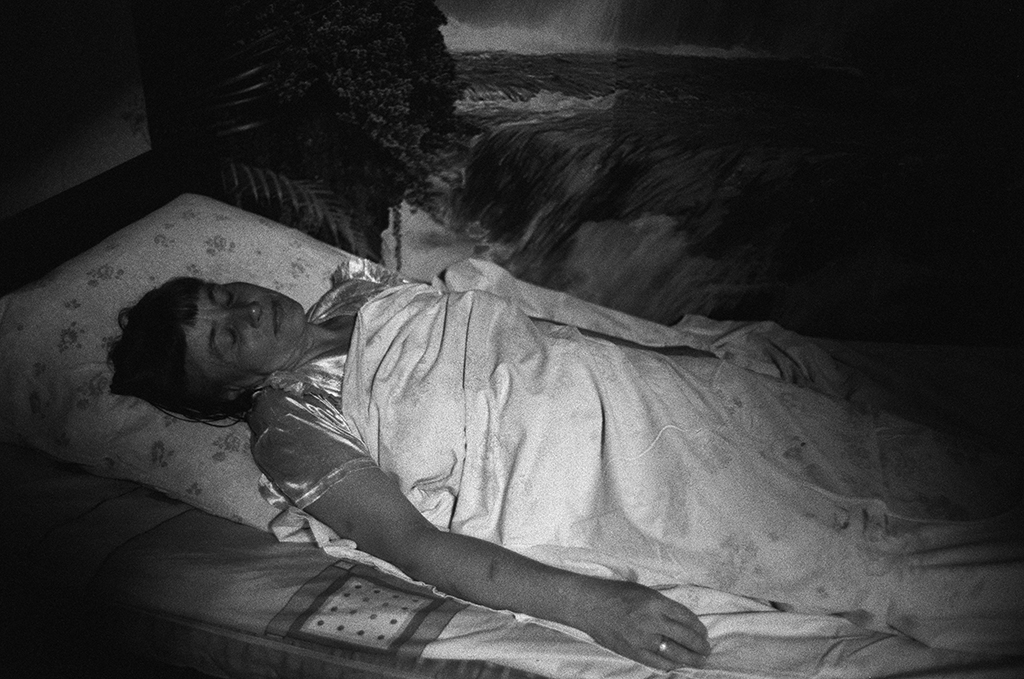 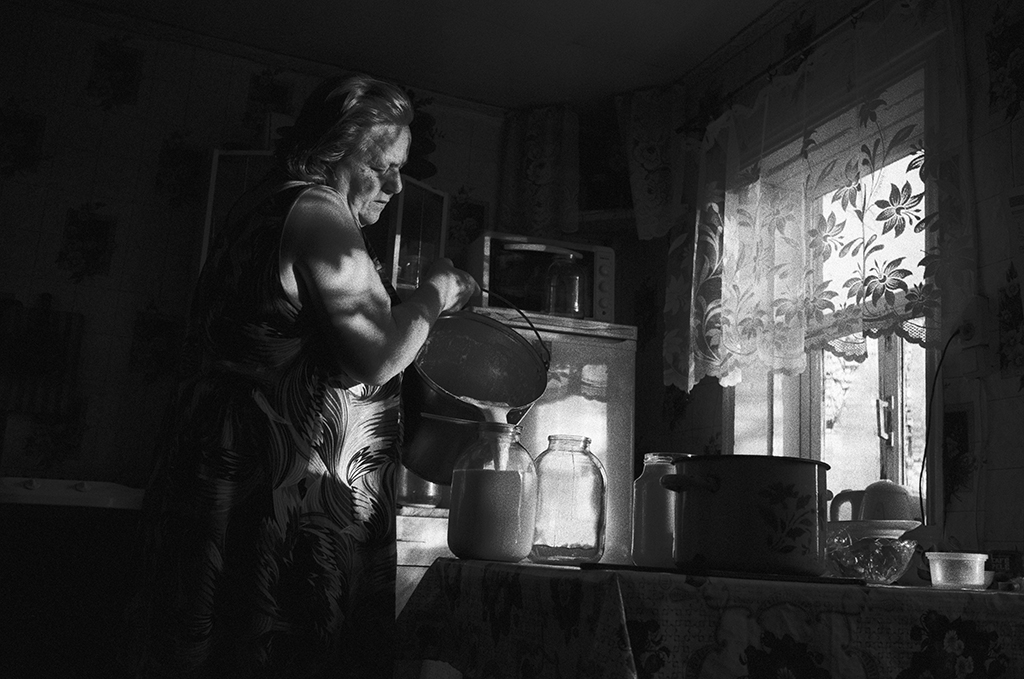 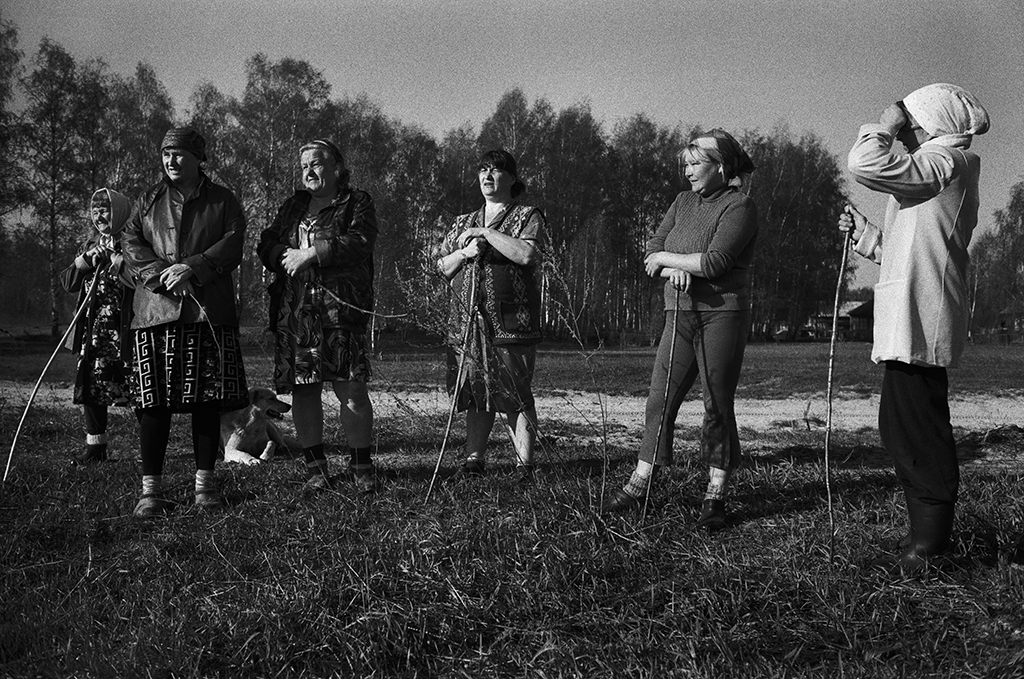 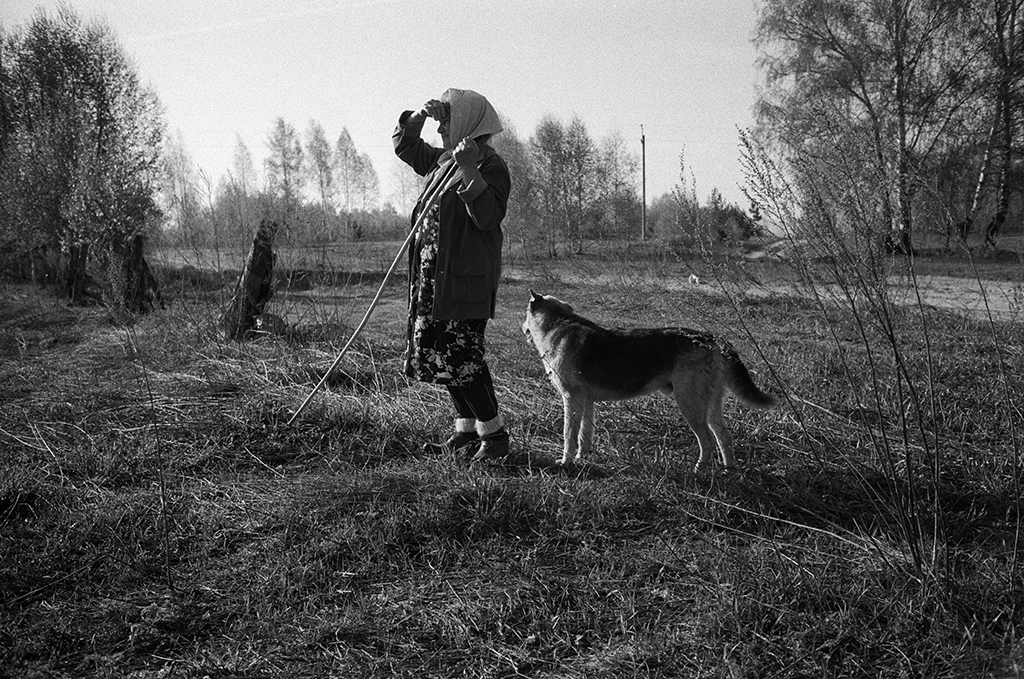 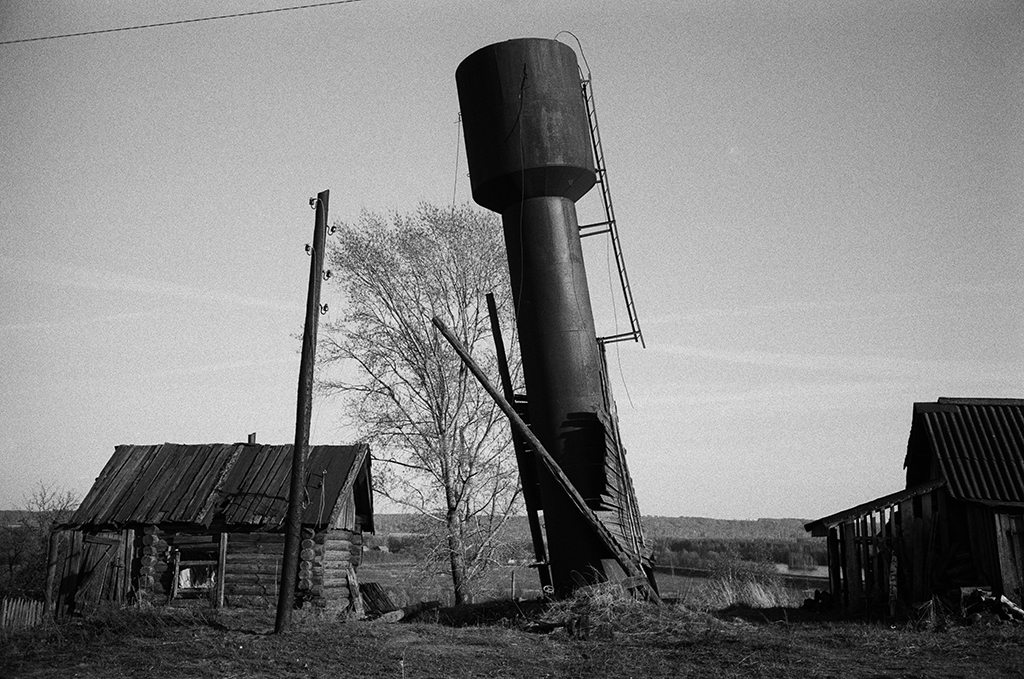 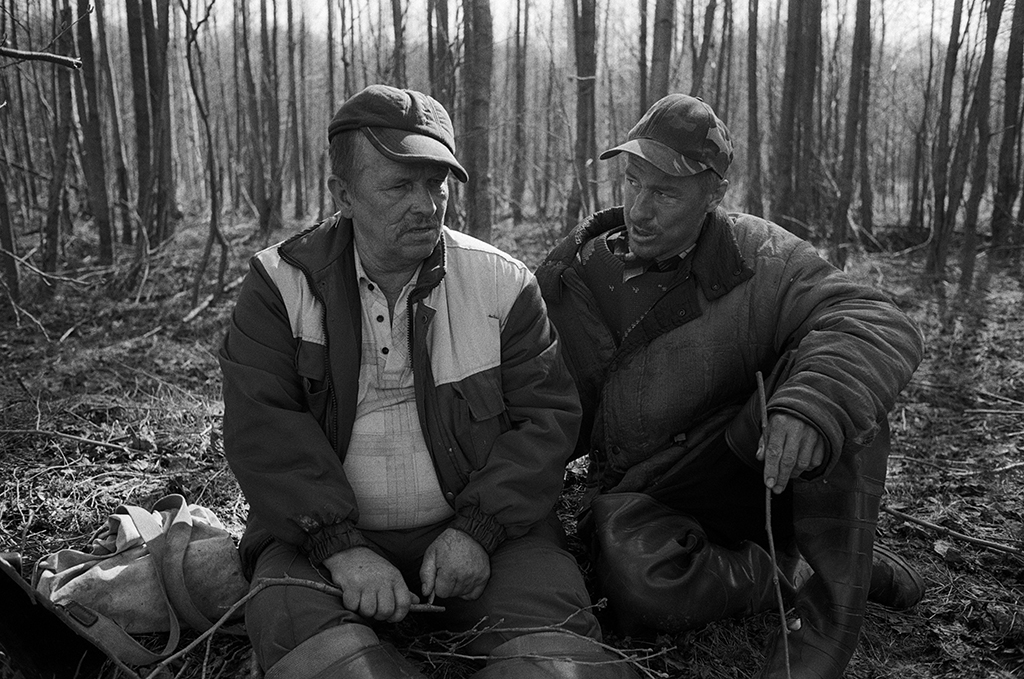 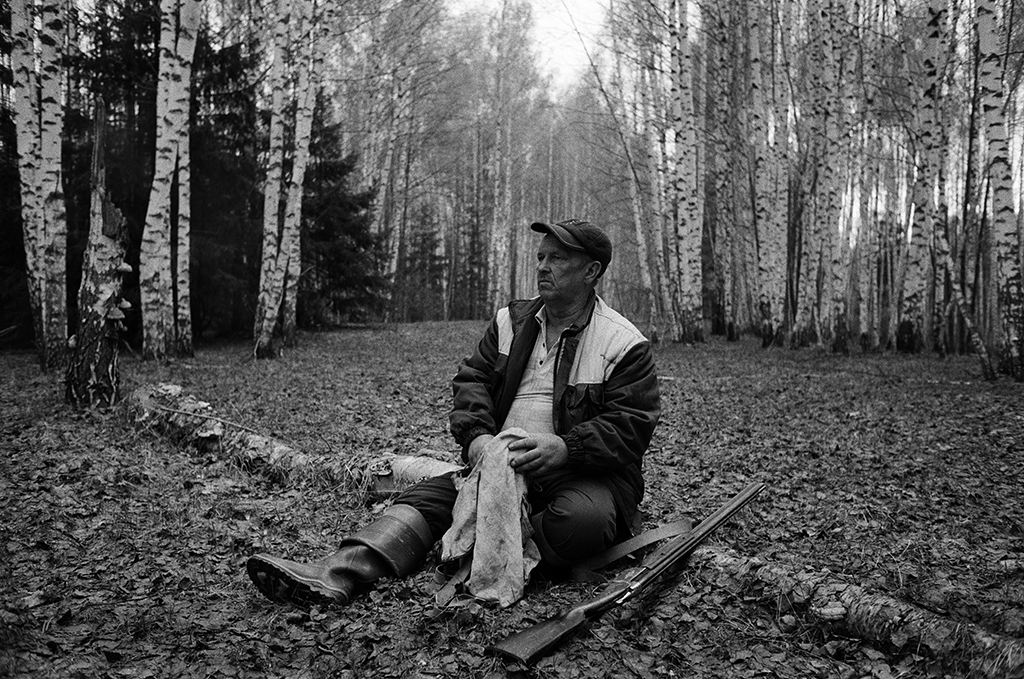 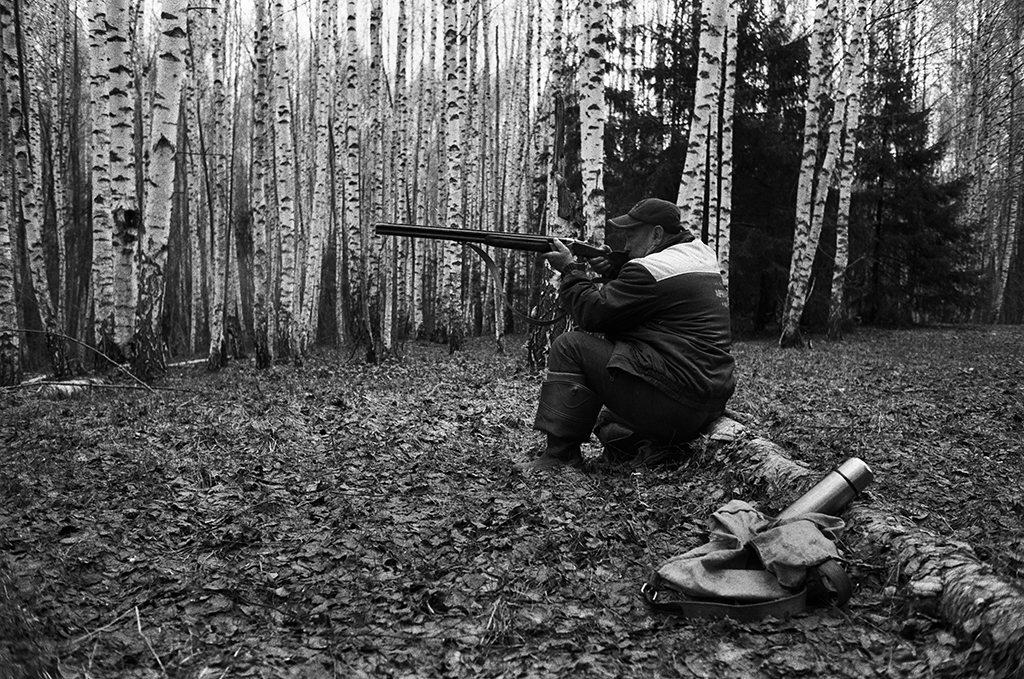 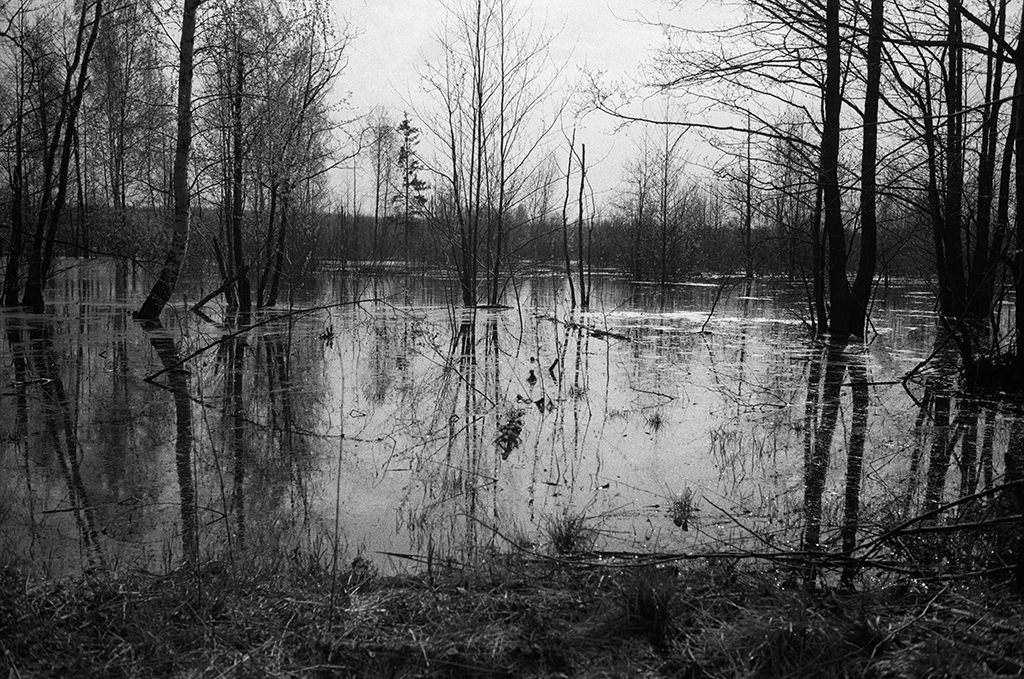 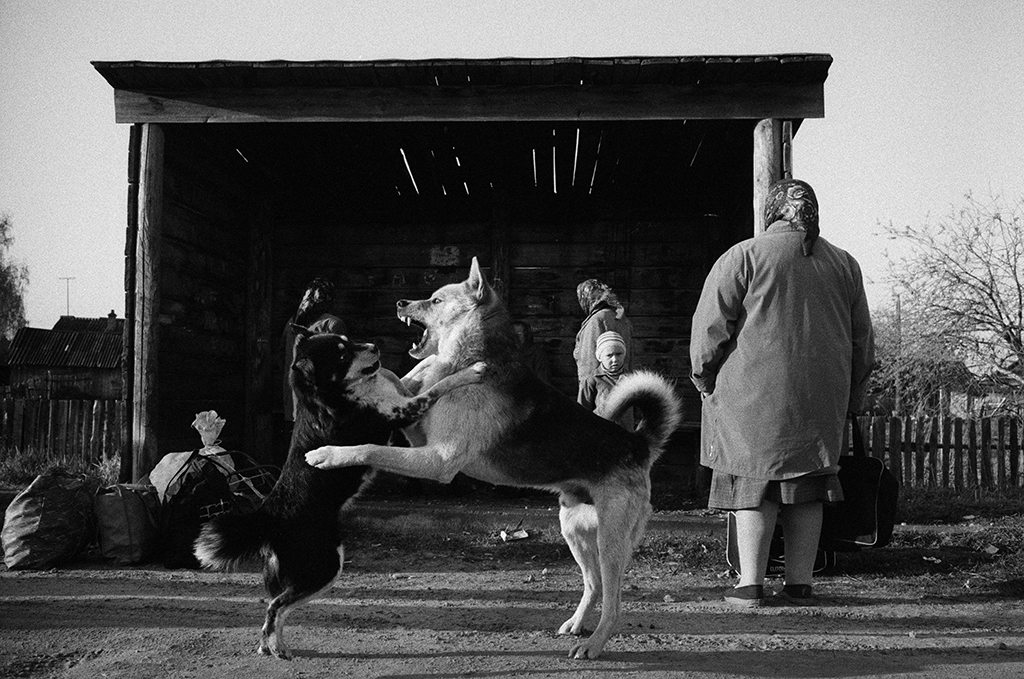 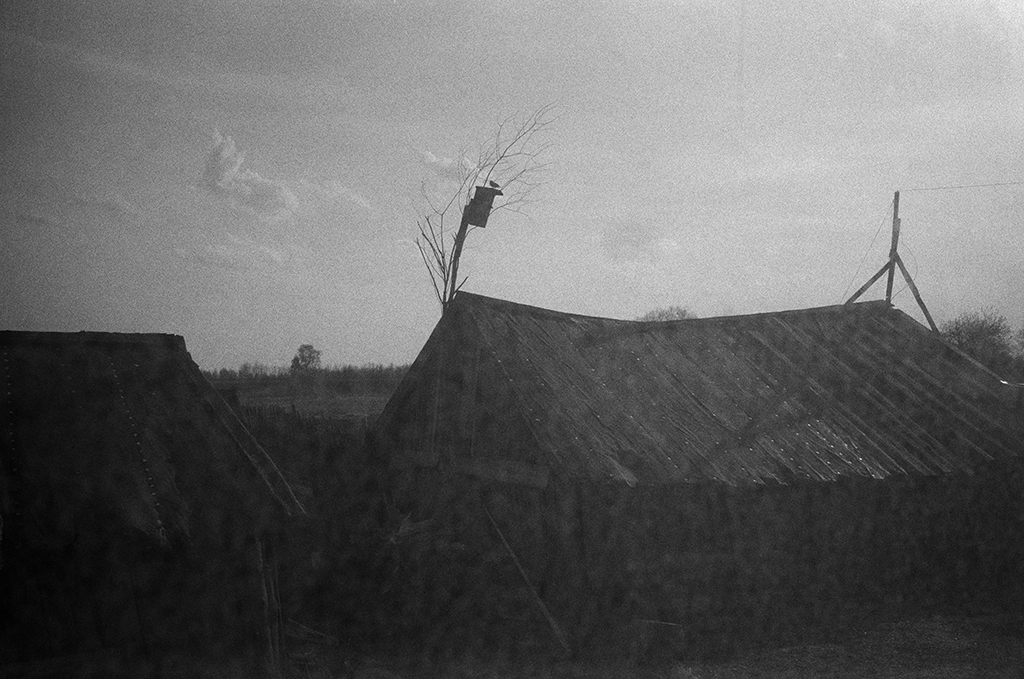 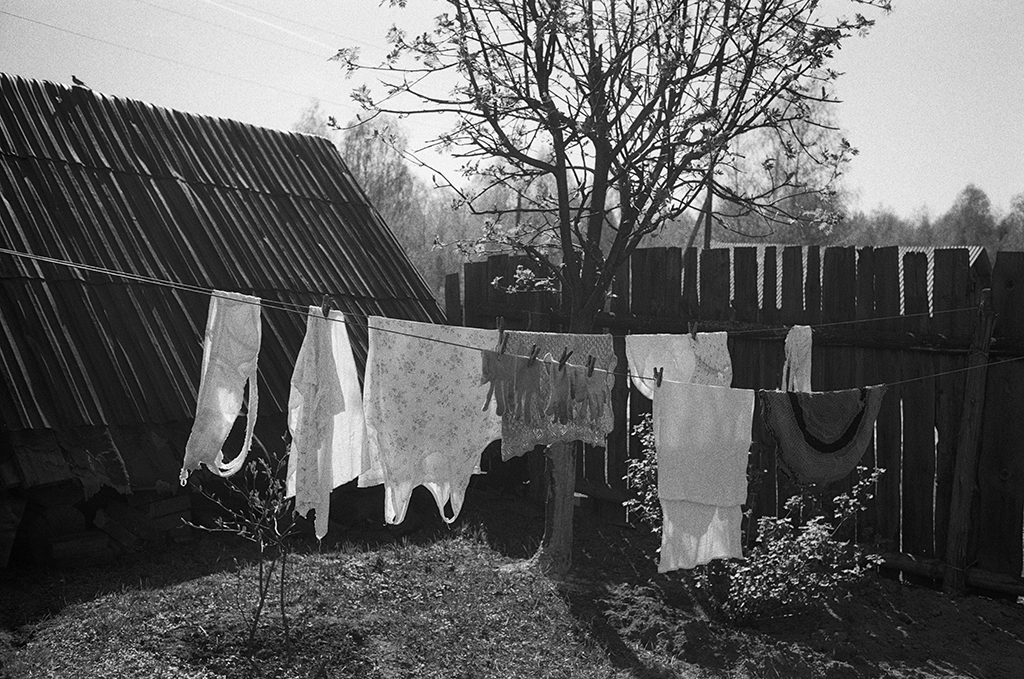 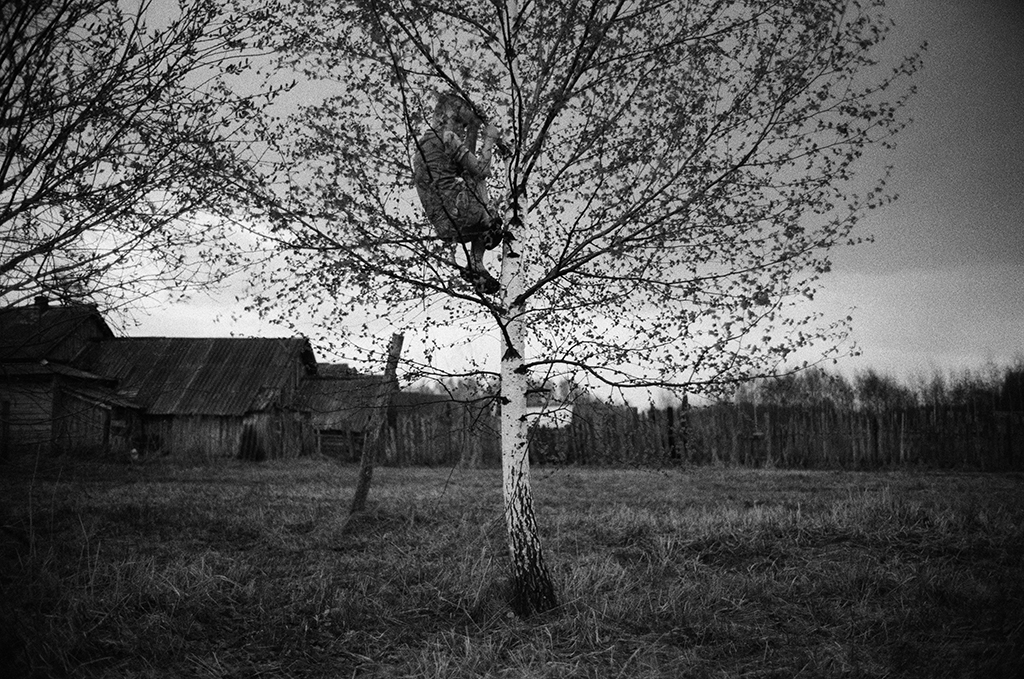 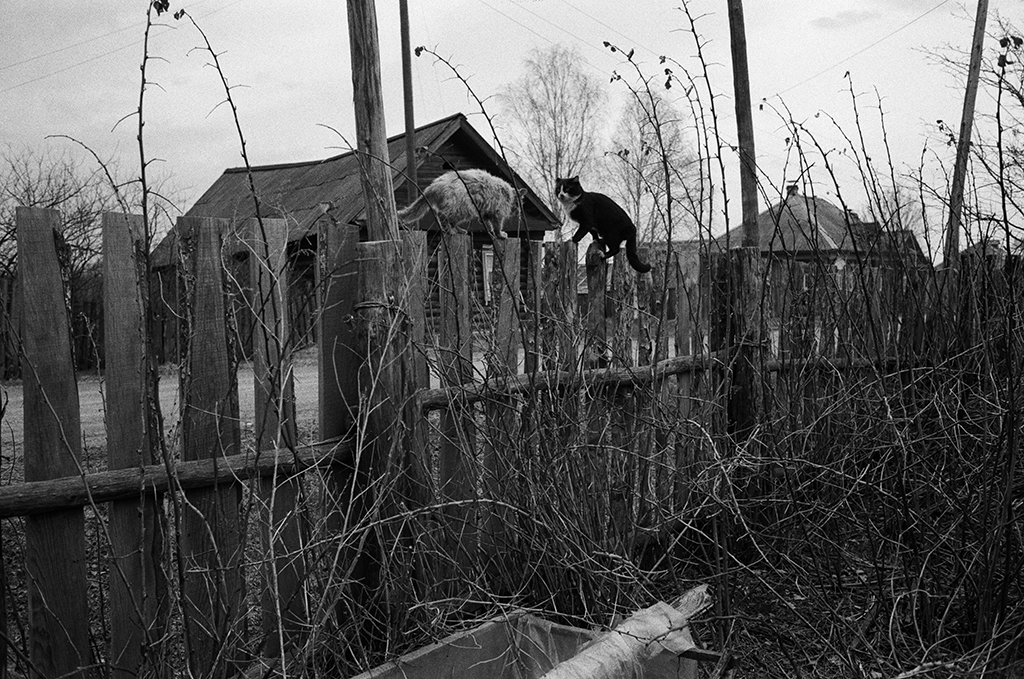 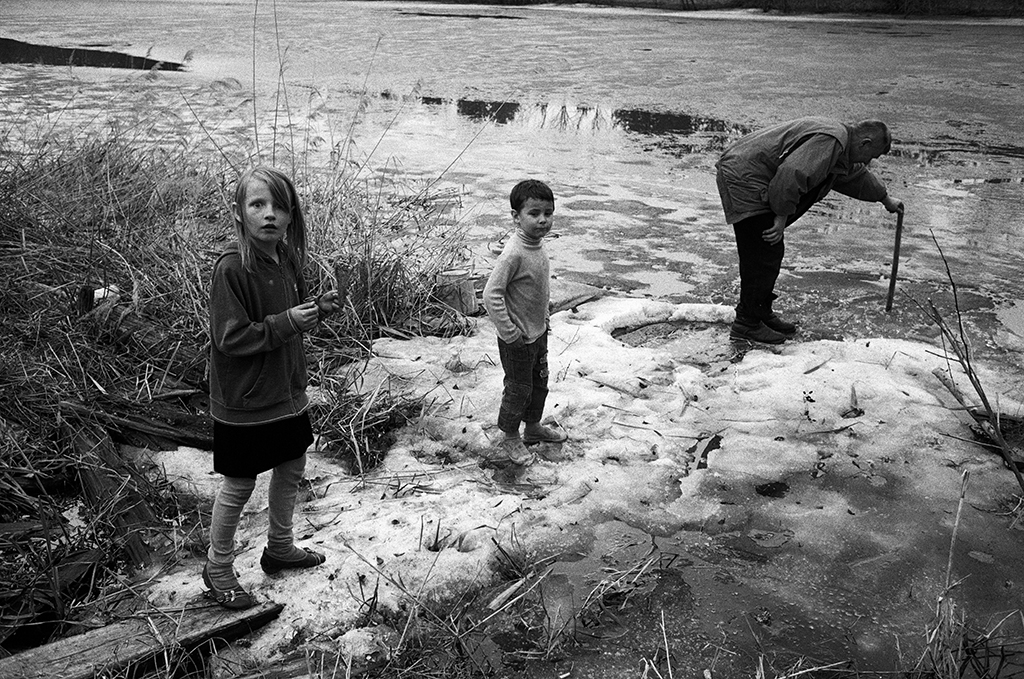 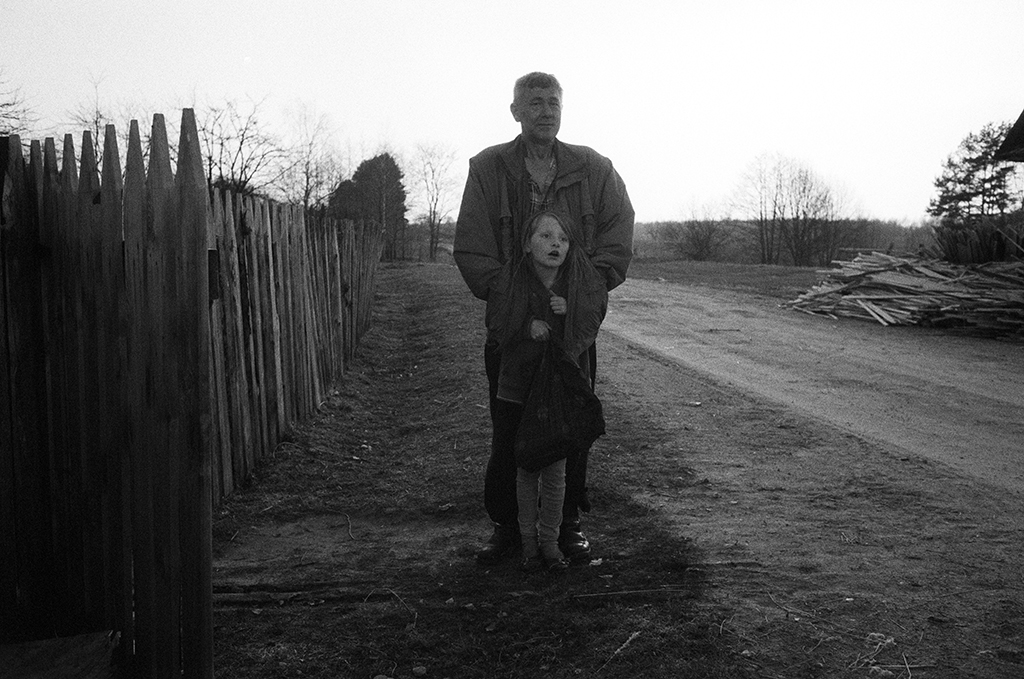 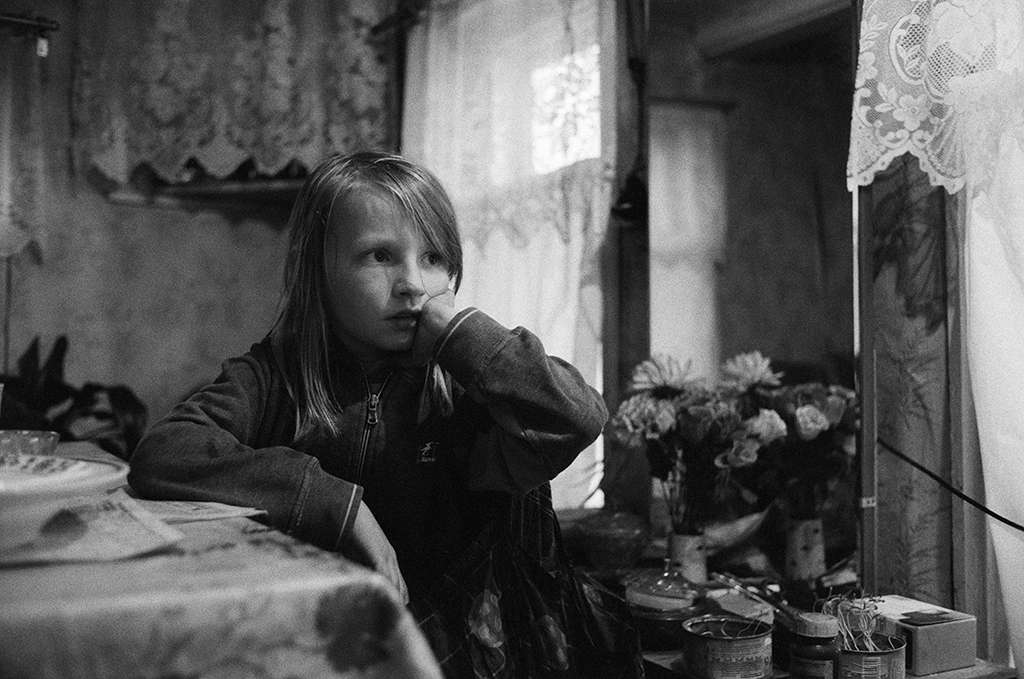 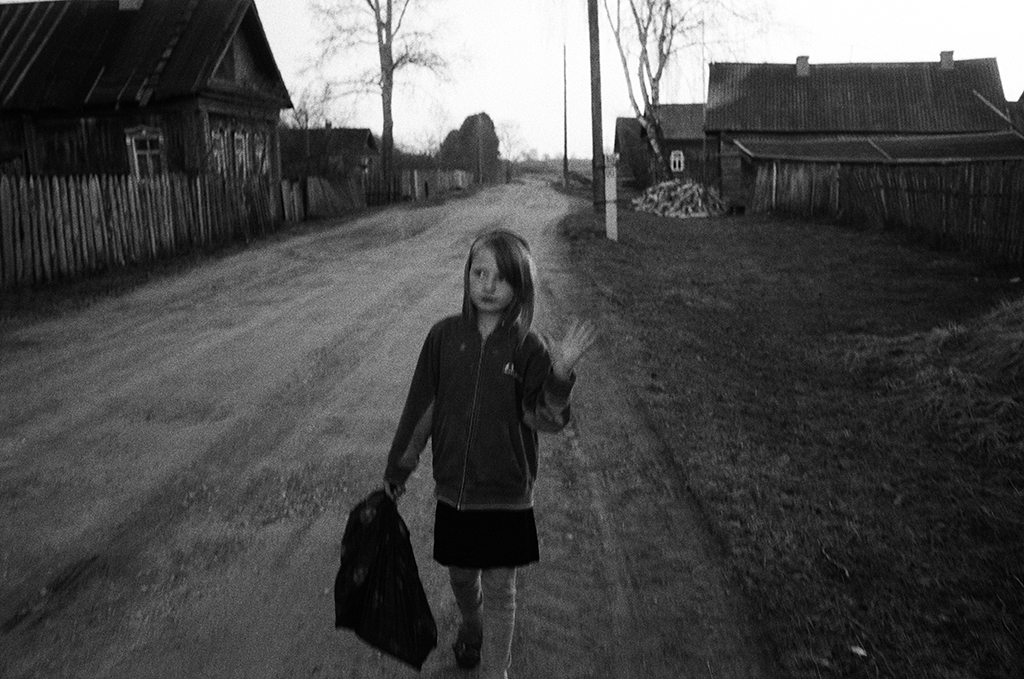 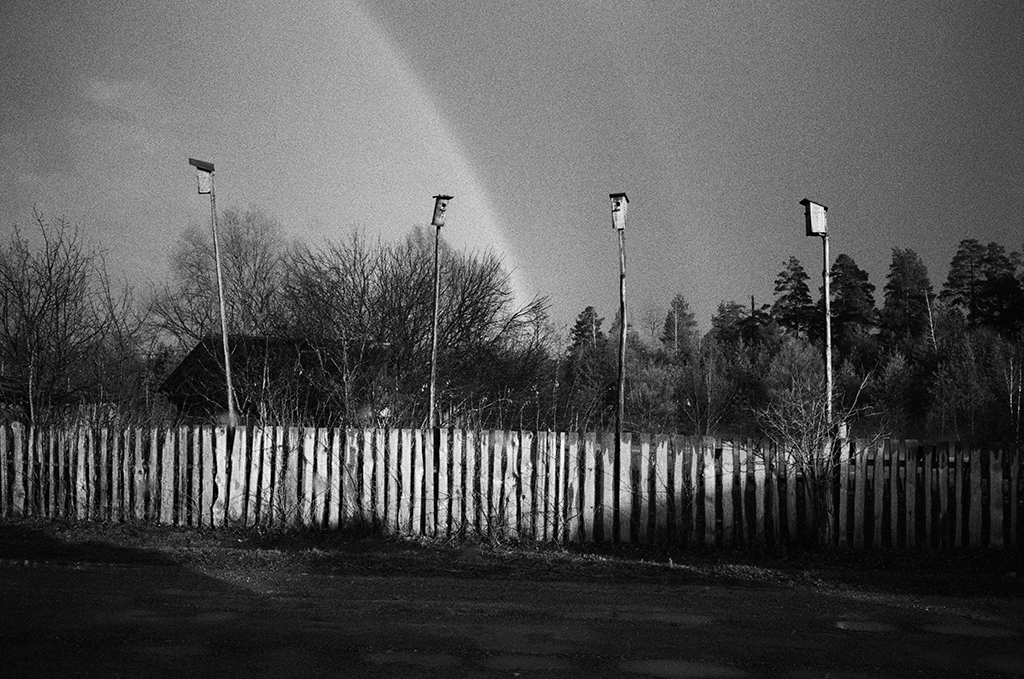 At the end of April last year we took a train to Yoshkar-Ola, the capital of Mari-El, and later a bus for 4 hours to a small town on the Volga called Yurino. Judging by the emptiness around it on the map, it lay in one of the least populated areas in the region. On the way, I was dismayed to learn that few Mari people lived there.

In the street in Yurino Alexandra asked a woman carrying shopping bags where we could spend the night. She invited us to stay in her house in Polyana, a village about 7 kilometers away. Anna lived alone and her home was mostly empty as she used to drink and had sold most its contents. Her brother had taken the rest. There was only a bed in the living room. When we lay there head to foot on the first night we overheard a drawn out conversation on the porch between Anna and a growling drunken neighbour. Alexandra was scared as she could understand what he was saying. After that we stayed with Anna’s sister Nina, who lived at the end of the village in a bigger house. During the day it was warm and we would walk around Polyana and the neighbouring villages. Each village was bordered by barren fields and forests that, along with kitchen gardens, seemed to be the main source of food for most inhabitants. They overlooked plains that extended to the Volga and had been turned into swamps after a dam was built in 1981. Since then the fish reeked of swamp, people said, and nothing was the same again. Anna came to live with us and Nina. She would cook for us and seemed to take pleasure in doing the many chores that become necessary when spring arrives. She got worried and even a little jealous when Alexandra would come home late or spent too much time with neighbours.