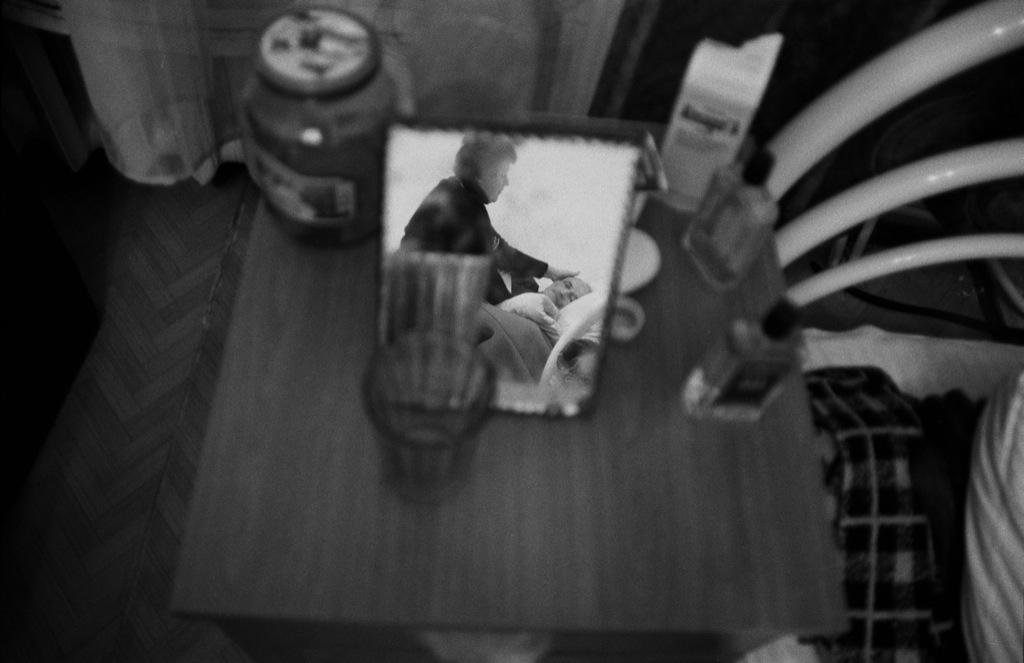 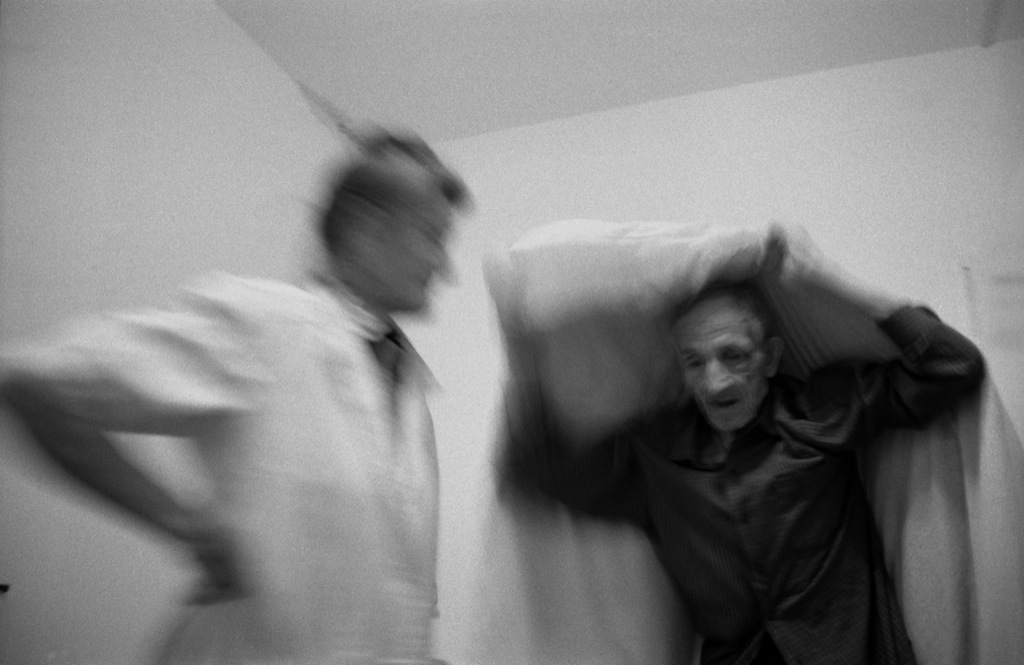 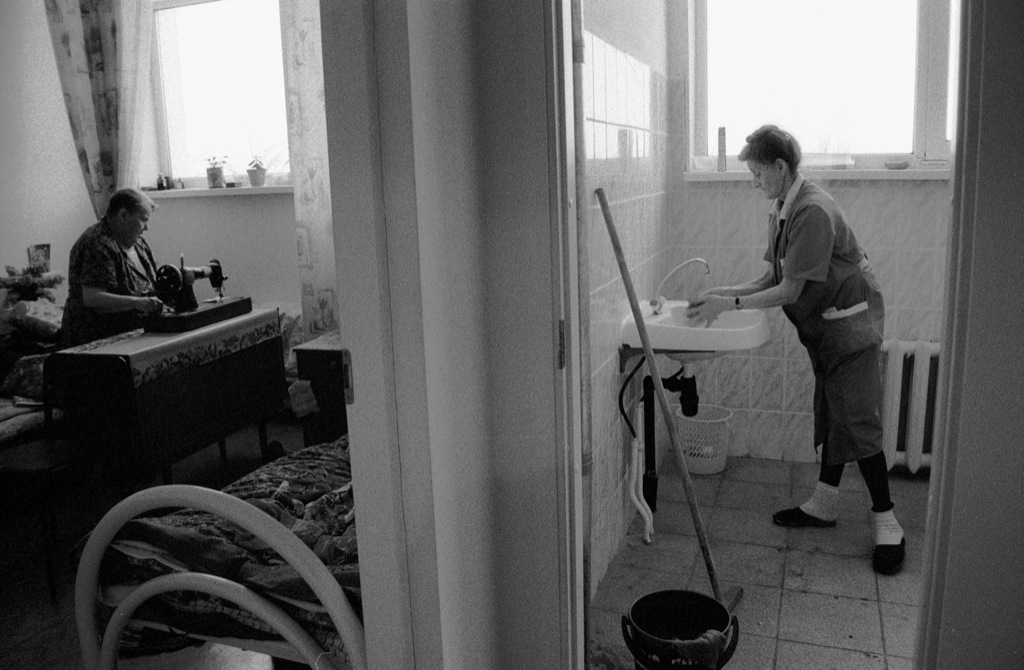 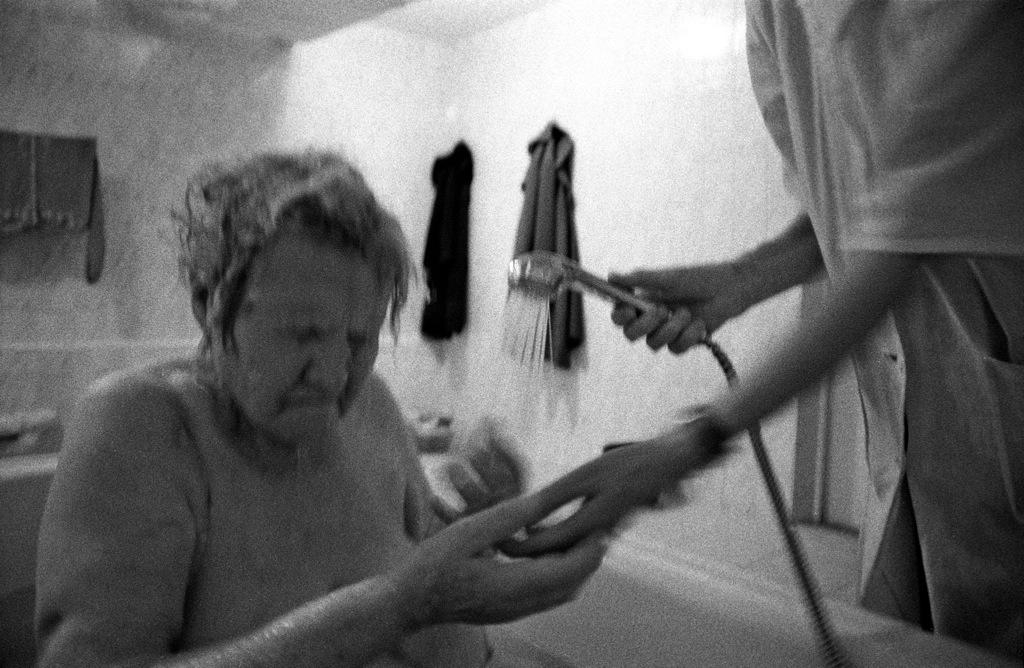 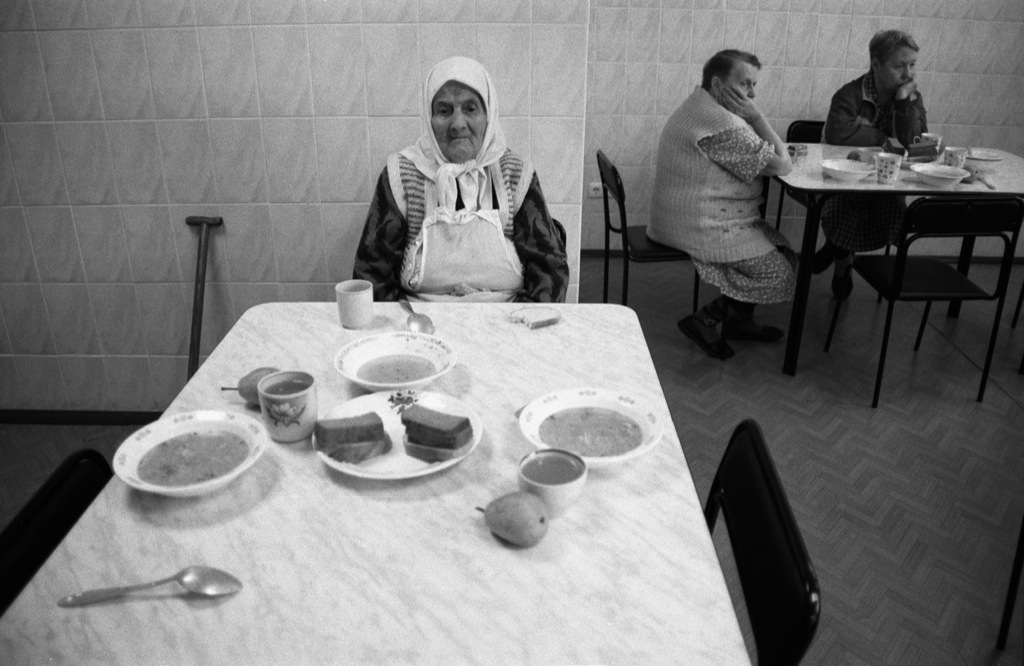 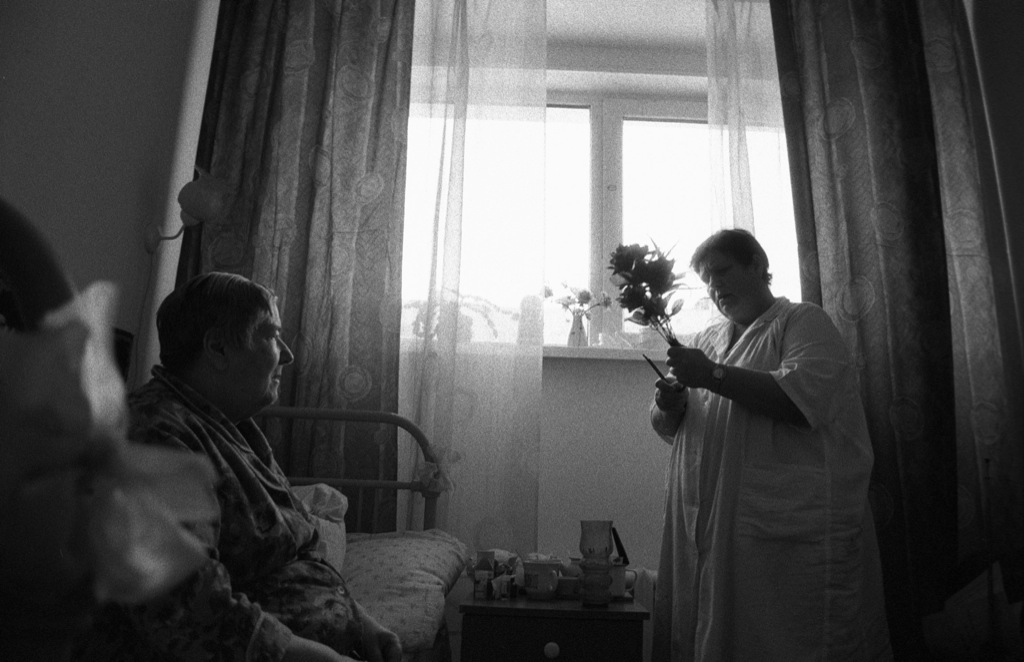 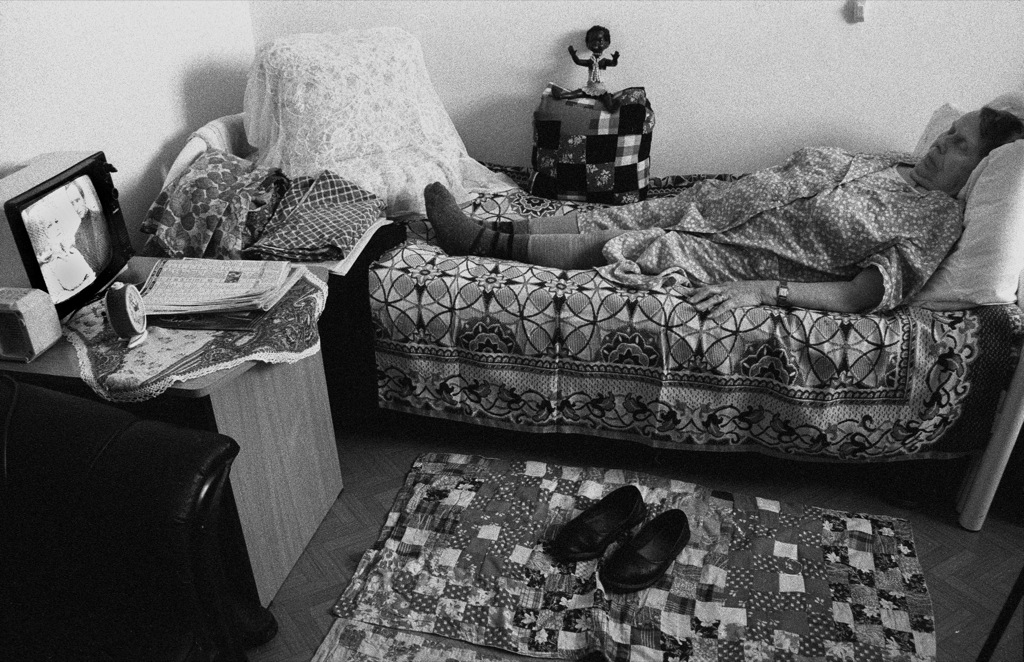 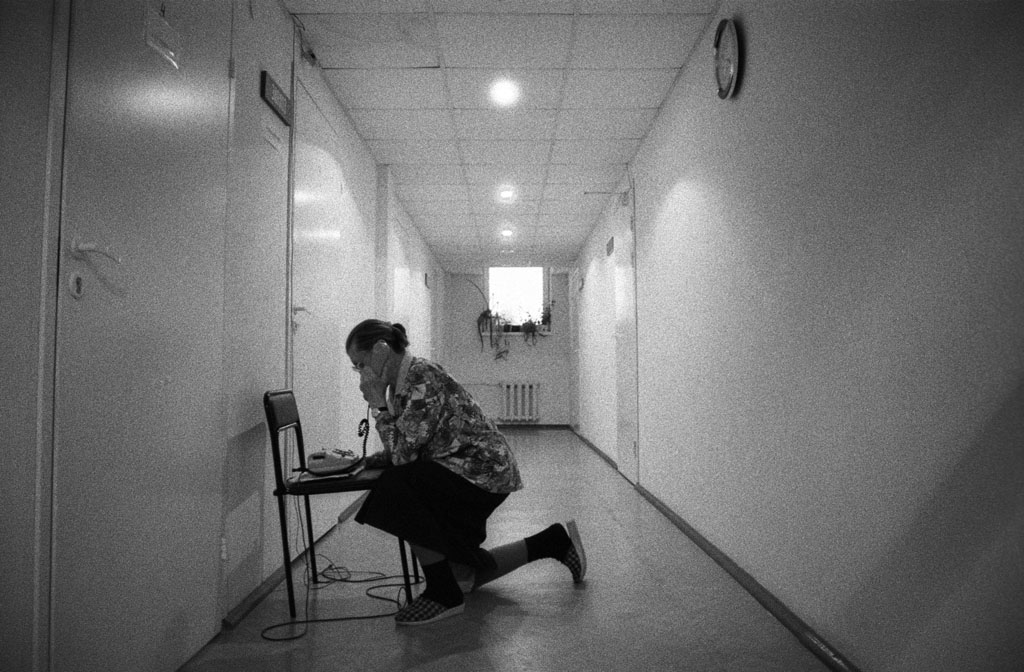 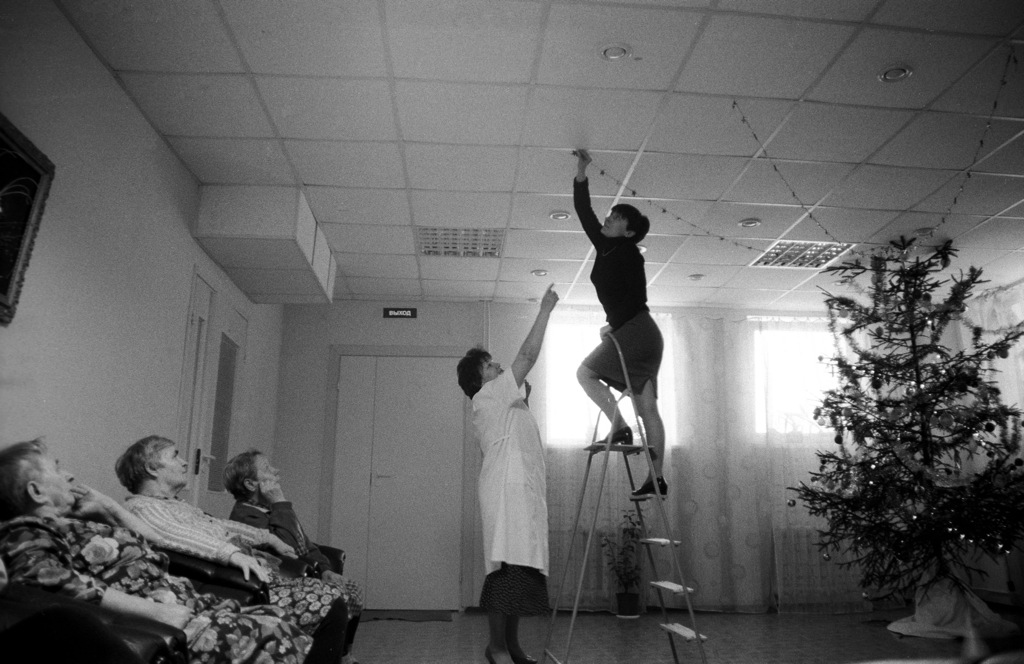 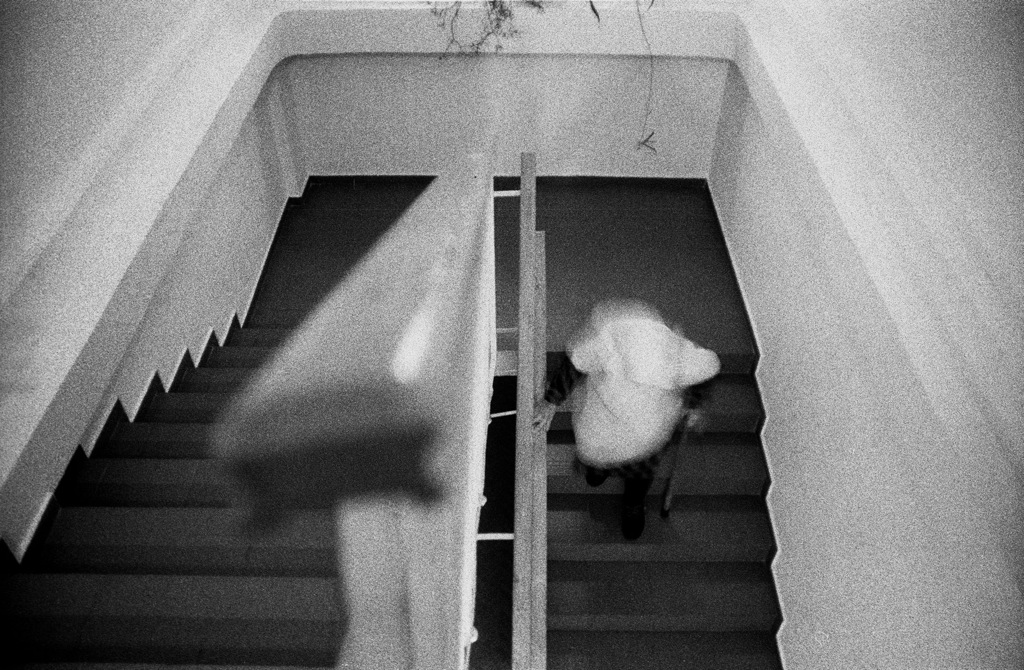 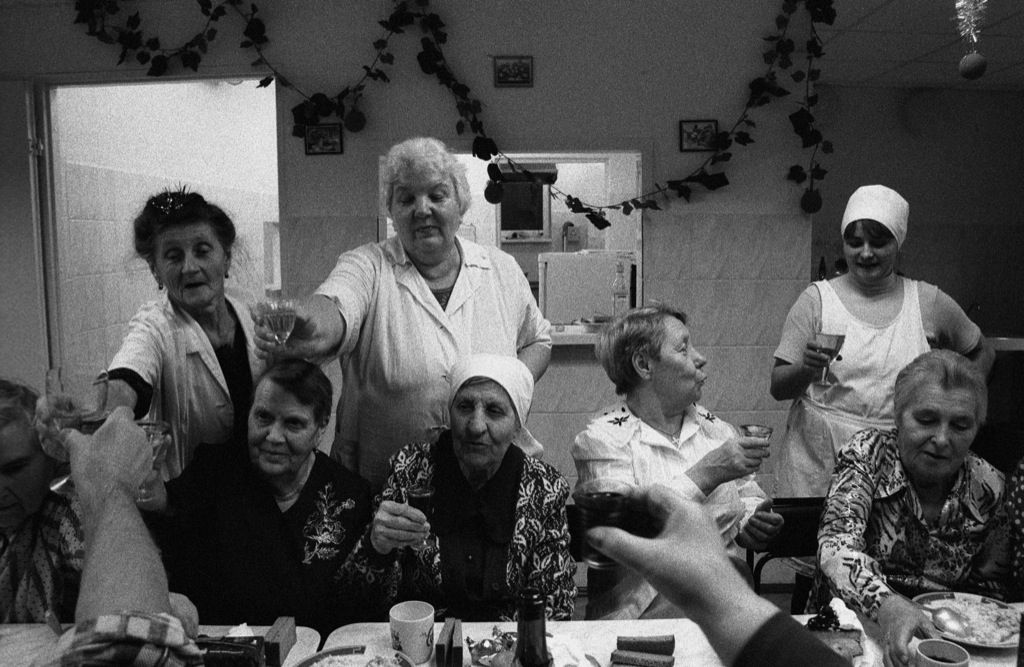 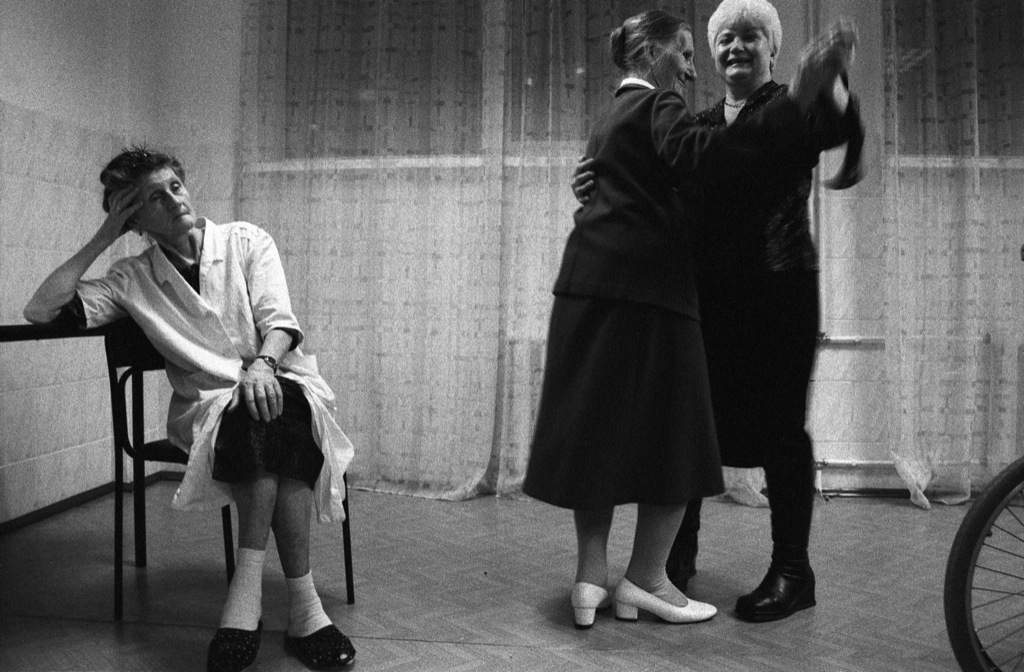 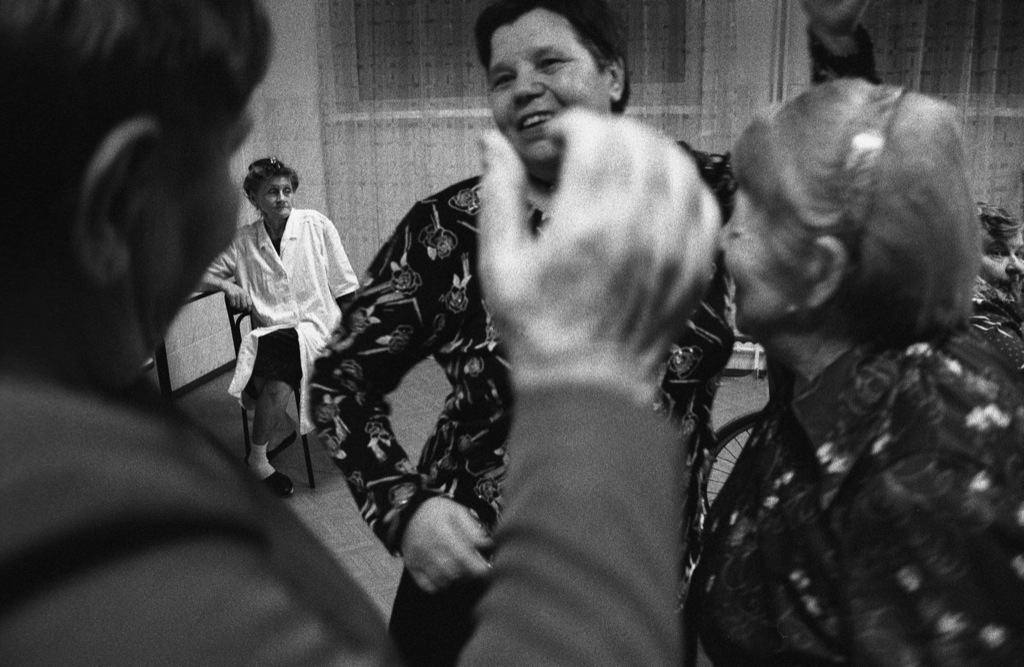 This photo-essay is made in Saint-Petersburg Region in an old people's home that was opened in January 2004. People who live there call it just “Home”. Most of them are women. The oldest one is ninety-four years old.

The Home can accommodate 40 people. And it’s the only institution of the kind in the area. So it is not easy to get there. During the time of existence of the Home thirteen people died. After somebody’s death, a new person comes in in a week time.

Many of the retirees find themselves at Home after they face domestic violence; they leave their accommodations, where they were often beaten and threatened with death.
Among the retirees there are only few people who don’t have relatives. Most of them have children, grandchildren and great-grandchildren. The apartment house of one of the elderly ladies is next to Home, but nobody comes to see her.
Many old ladies become very close to each other. They virtually make family couples. They nurse each other, when they feel unwell, help each other in everything, go for walks together, etc. They introduce each other with pride and love.

Happy are those who have something to do. One lady is knitting socks for all the women from the staff, for their children and grandchildren, another has a sewing machine and sews carpets of small pieces of cloth and you can see them in all the rooms given as birthday presents.

This winter was the first one in the old people's home. The retirees say: “As we pass this first winter, everybody would understand that it is warm and safe here, and everybody would like to come to live to our Home, but there are no more places.”