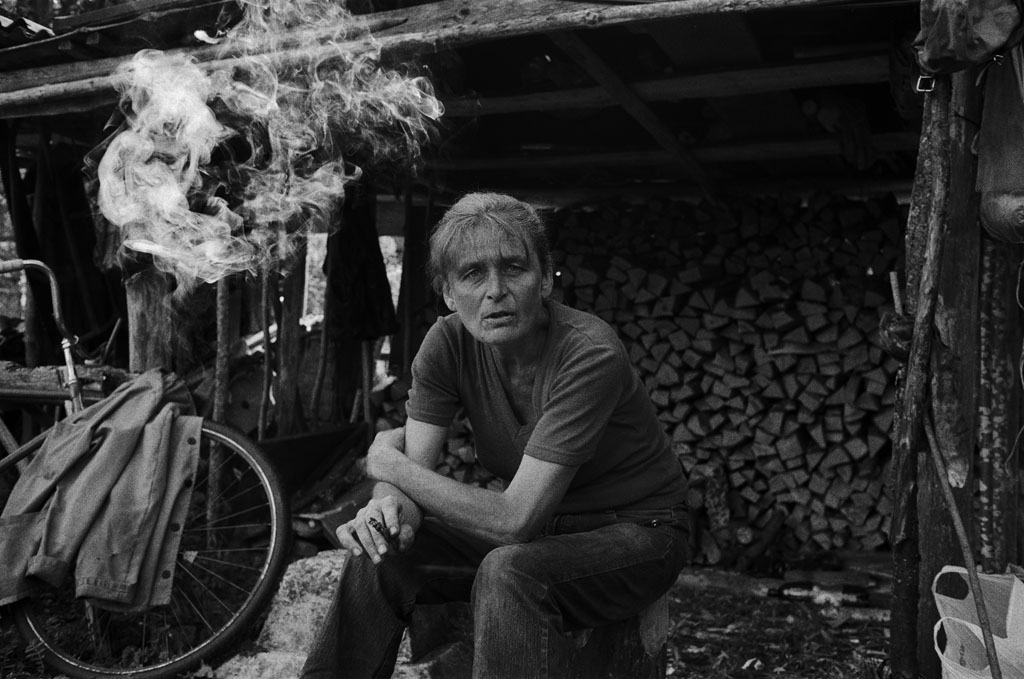 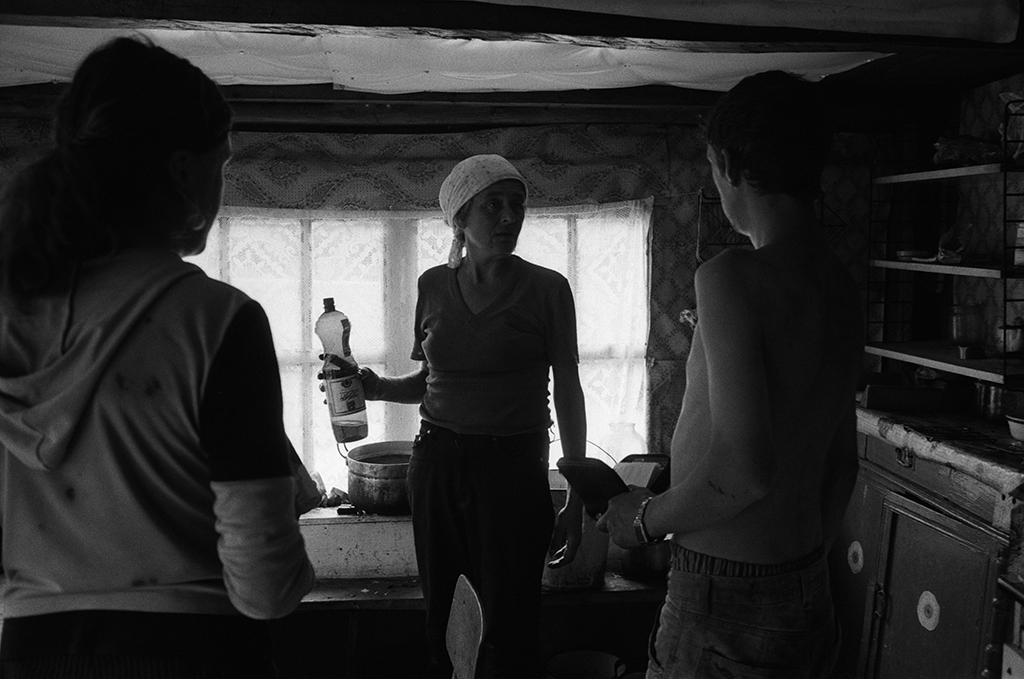 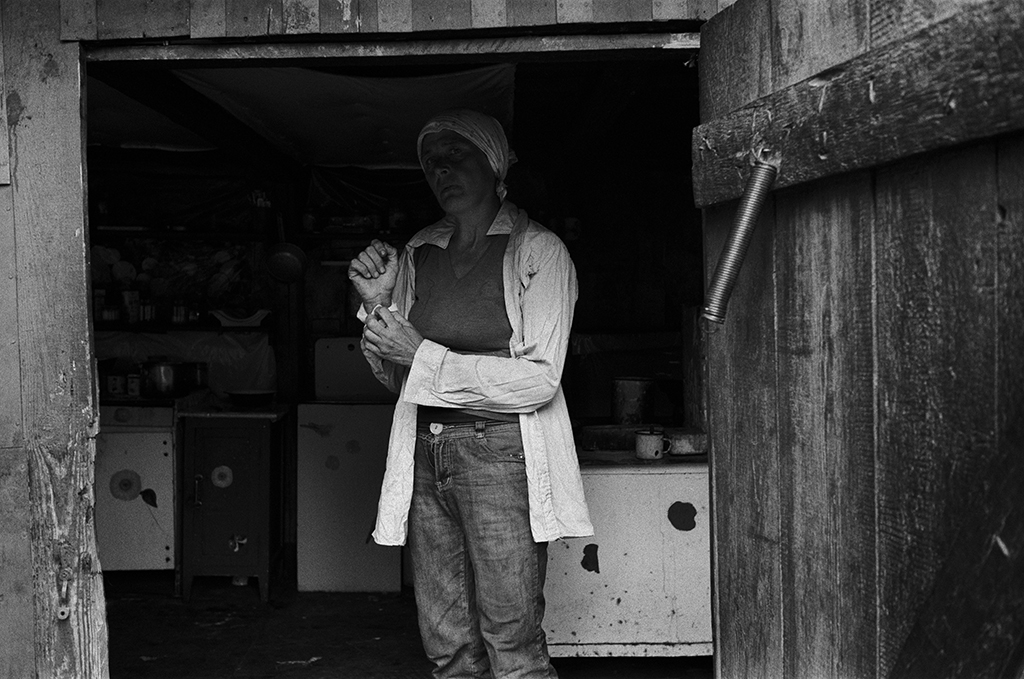 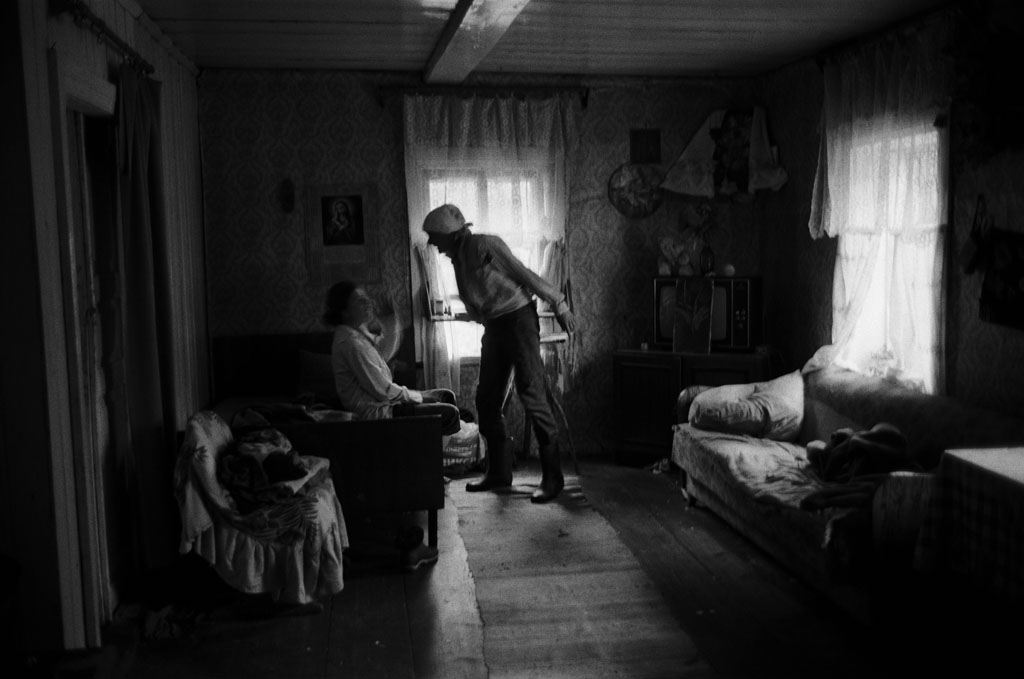 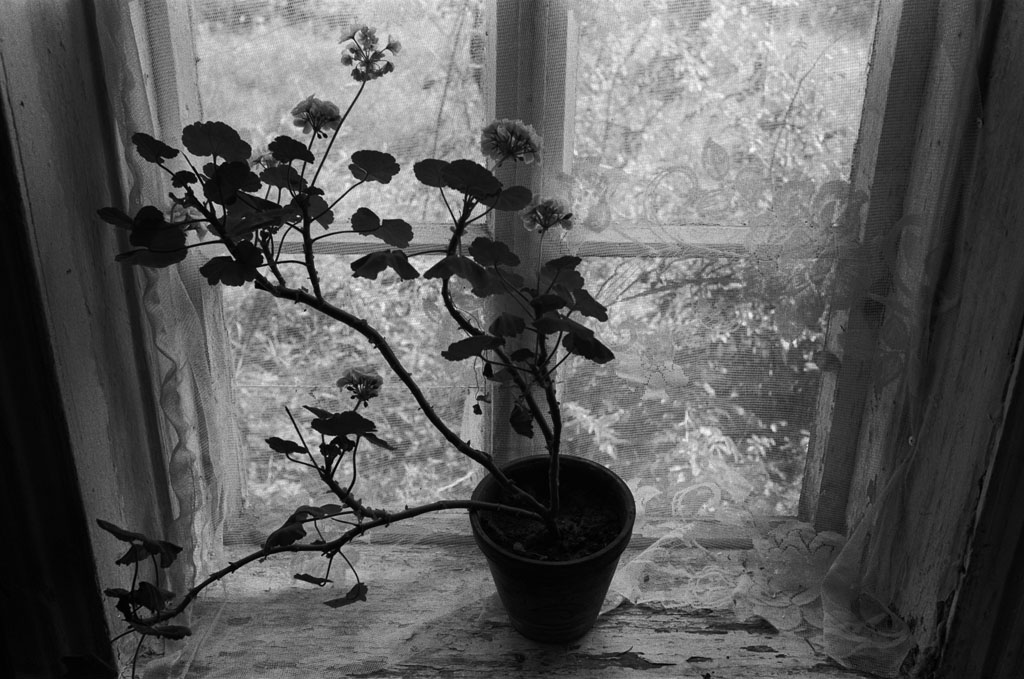 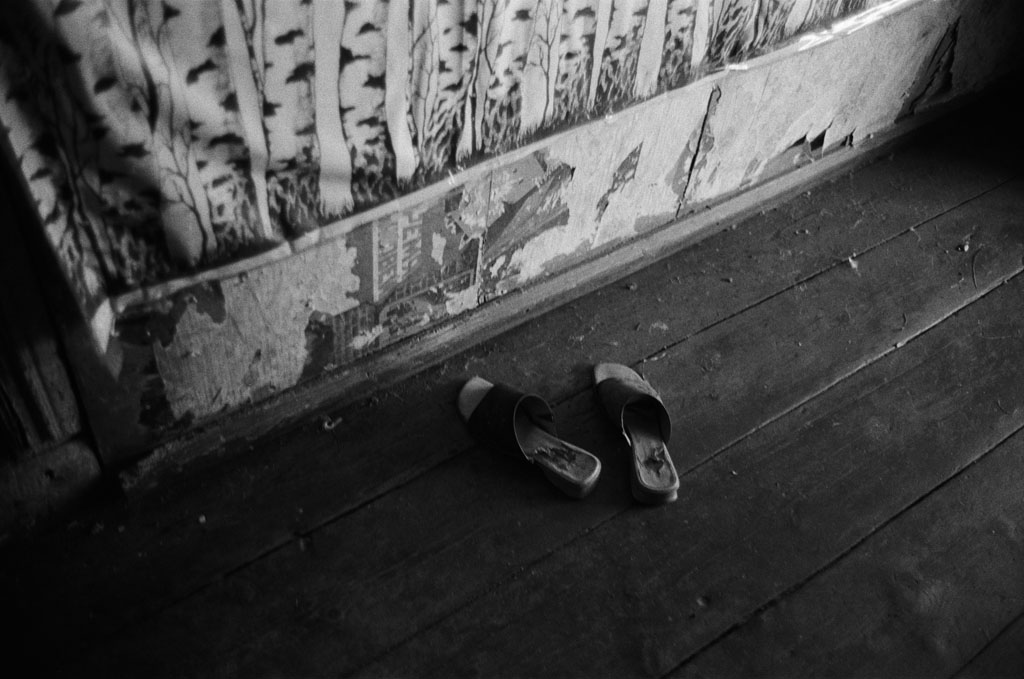 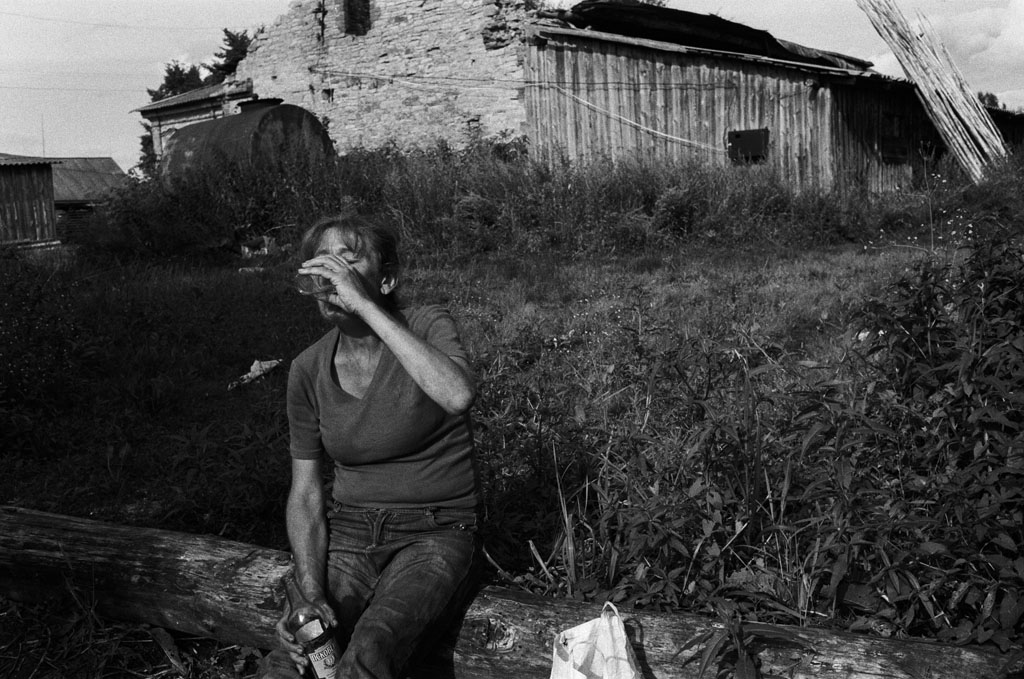 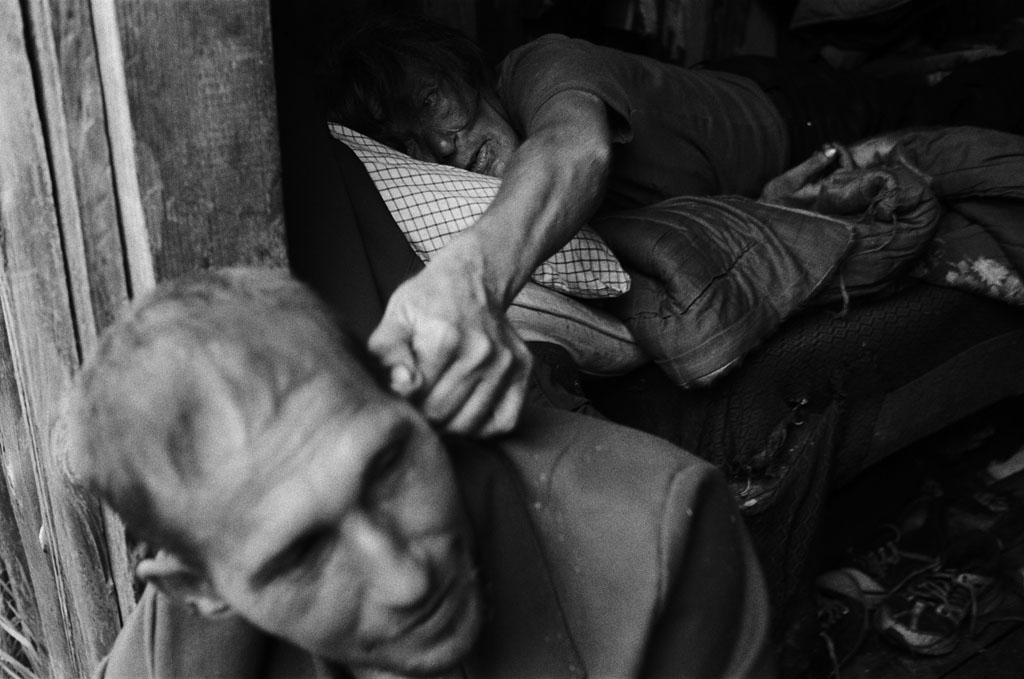 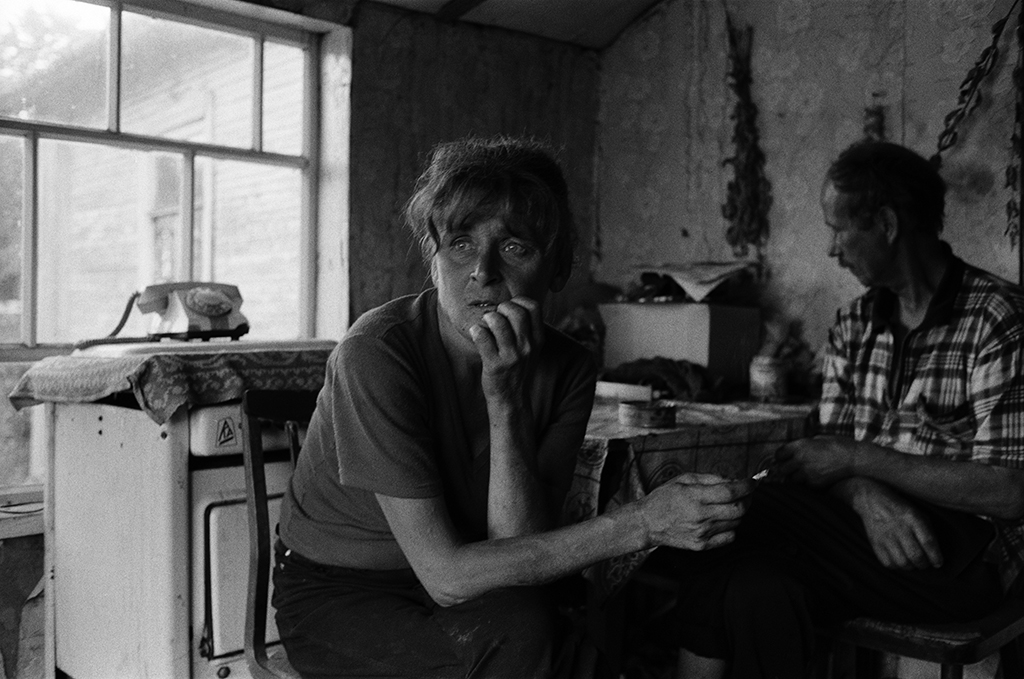 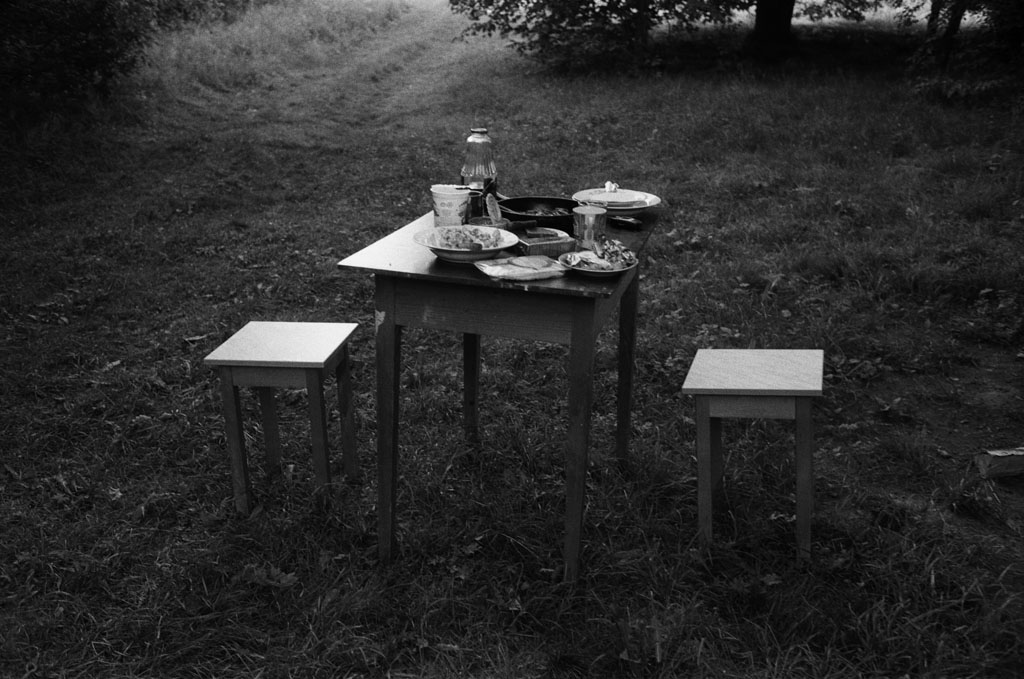 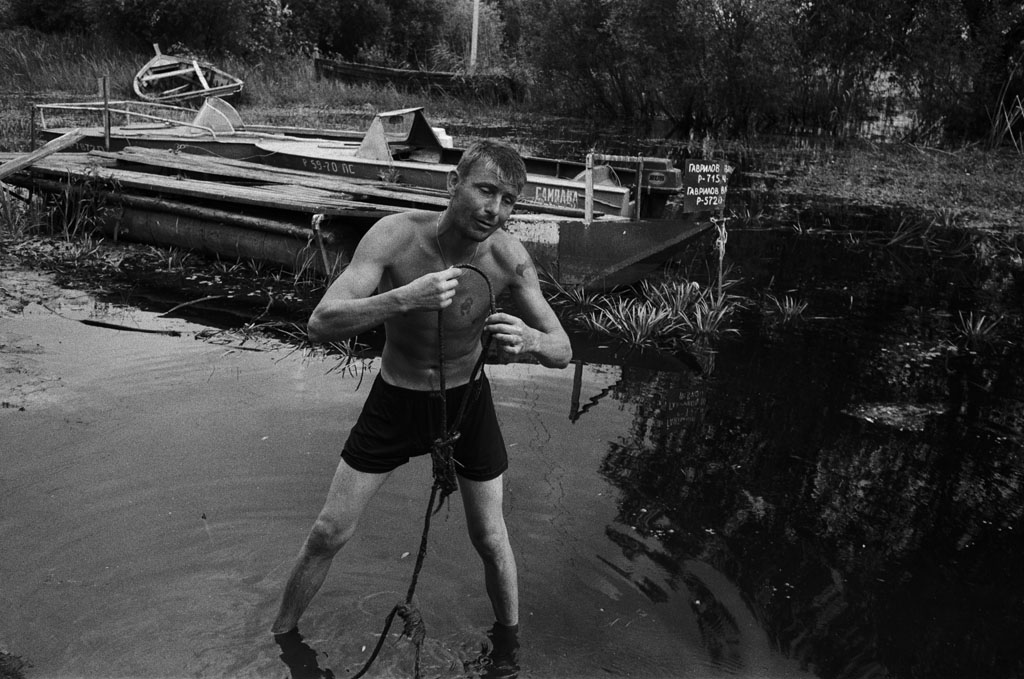 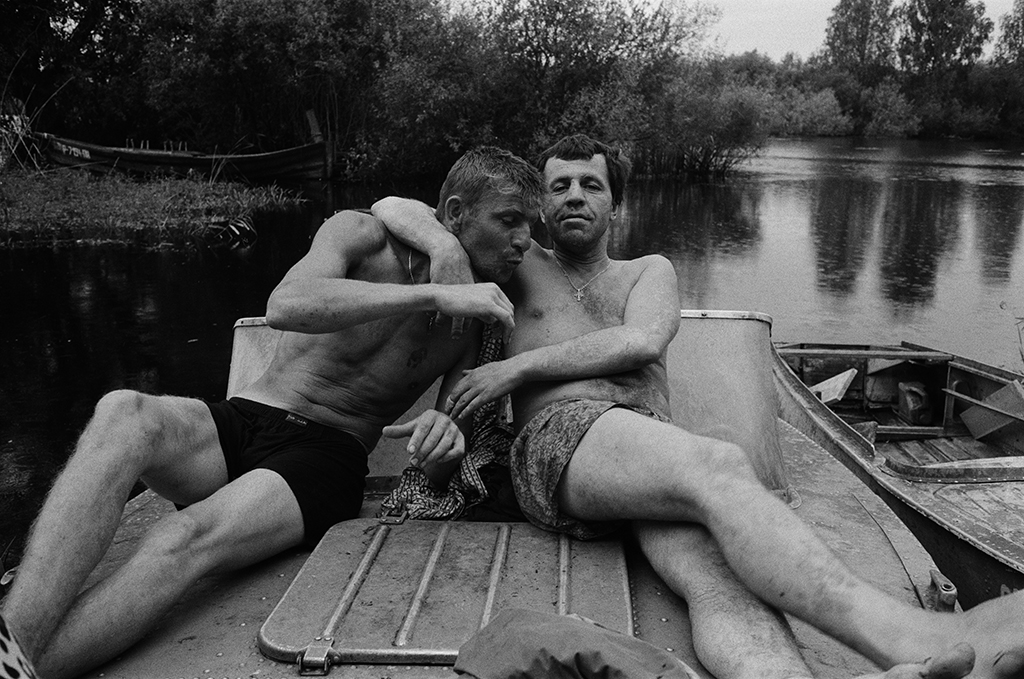 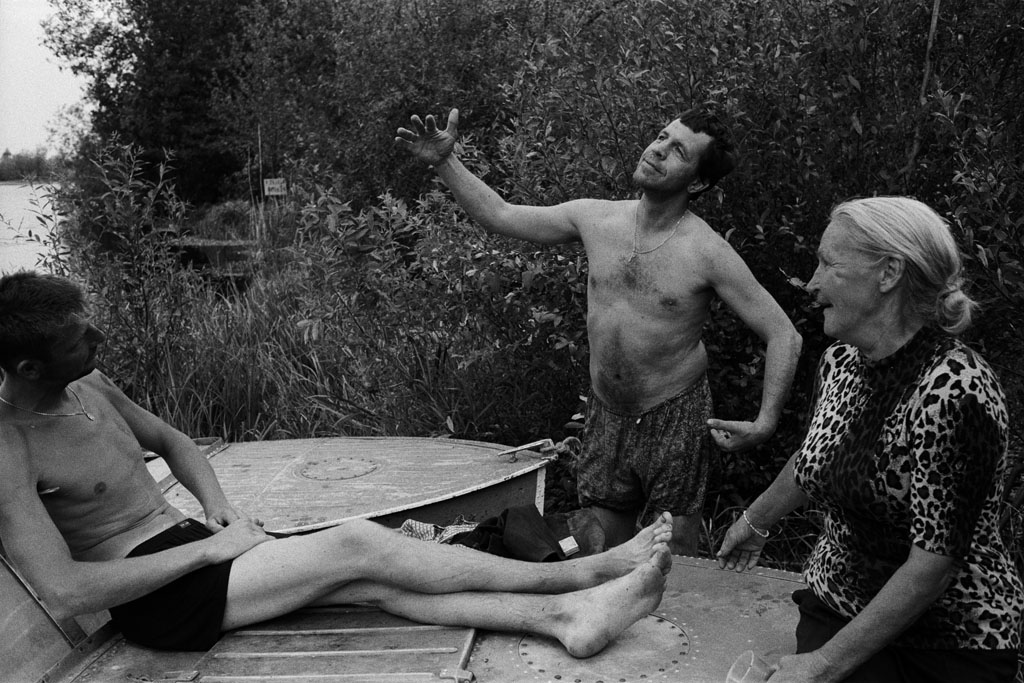 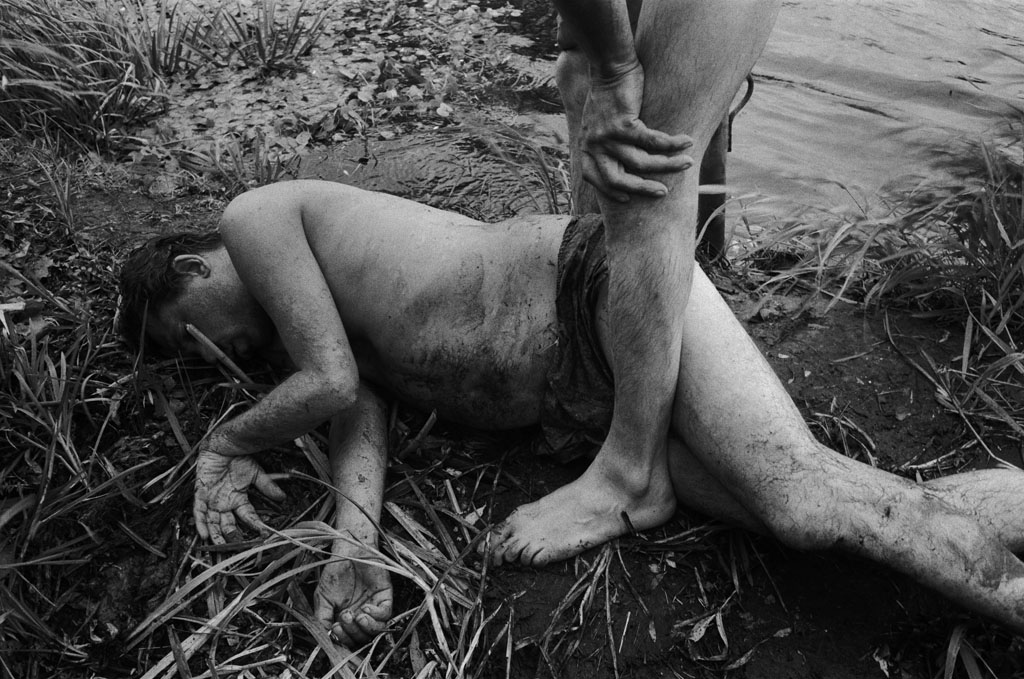 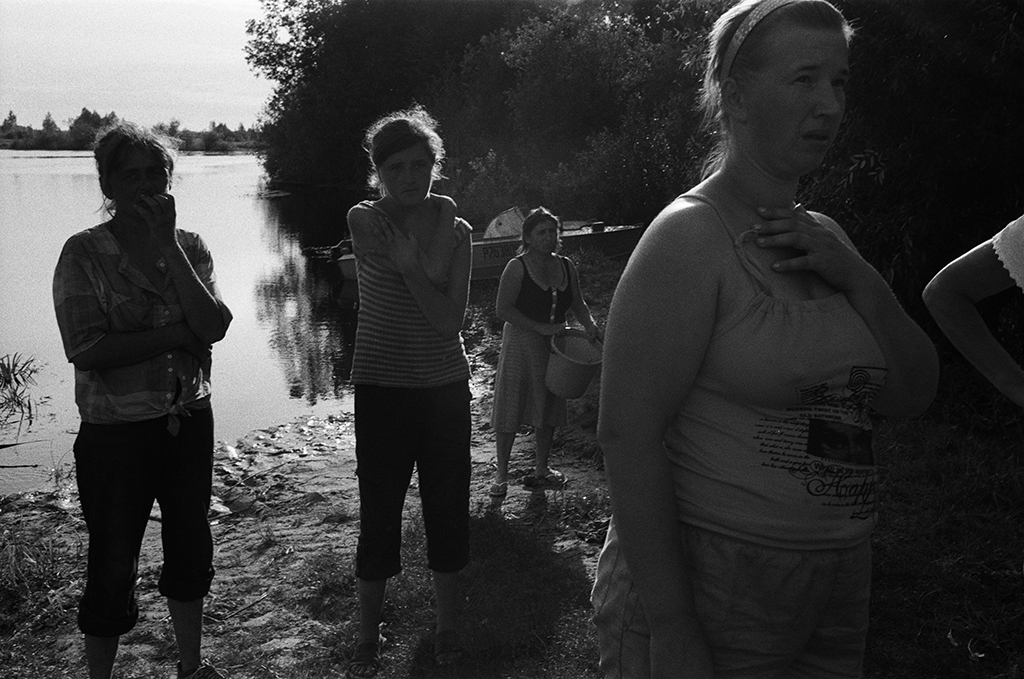 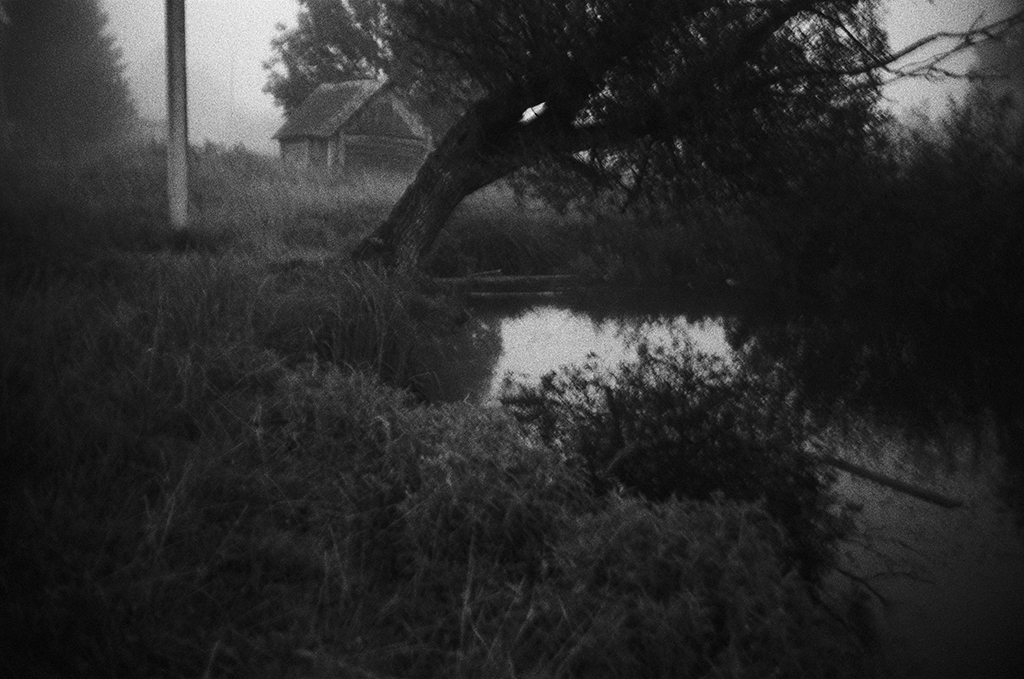 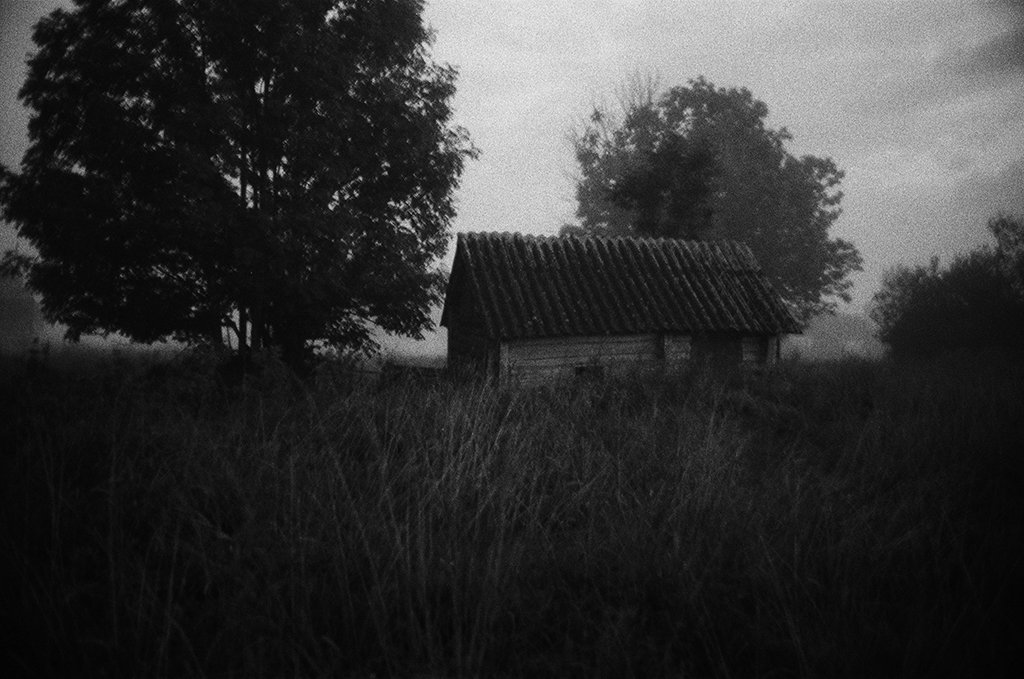 I first heard about Marina from baba Ljuba, an elderly woman who let me stay in her house. Marina was a woman of about 45 with four children – two twin girls, 21 years old, and a son, 24 years old; all of them drank. Marina’s elder daughter was married and didn’t live with her. I first saw her and one of her daughters late in the evening, in a small park with an old summer stage for performances and dancing. She was very drunk and aggressive. Then, I got scared of her and went home, without even talking to her properly. She seemed to be the personification of the evil. I had heard about her by then that she sold one of her daughters, a very young girl and a virgin then, to a man from a village. When I asked baba Ljuba about it, she said, in her usual aphoristic way – They all are and resold many-many times. The second time I met Marina was on the day when Andrey drowned. There were six people - Marina herself, her son and her daughter, Zina, a homeless woman and two other men. I saw them in our street and followed them. They were drunk and had some more alcohol with them; they went down to the shore of the lake just behind the shop. They all seemed quite happy, making jokes all the time. Then, Zina went to swim and Andrey, one of the two men, got into the water as well… When heading back to the bank, he disappeared under the water. Zina, who was still in the lake, was trying to find him under the water. I ran to the shop; luckily, the owner of the shop was there. He pulled Andrey out of the water… But, Andrey died in reanimation about a week later. In the end, we made friends with Marina. Our sympathy was mutual. I enjoyed her company and she enjoyed mine. The moments when she was sobering up she was friendly, witty, always ready for a good laugh. In spite of drinking since her young years, she was still beautiful. A magic thing that had happened to me a couple of times before – a kind of falling in love with the people I meet and photograph, this time had happened again. Once, we went to gather blueberries and mushrooms together. She was noticeably content that I was there with her; we were talking, stopping once in a while for her and her son to smoke a cigarette or to have a snack. It was obvious how much she needed someone to talk to, someone “different”, who didn’t belong to this habitual circle where everything, in the end, was centered on drinking. She even seemed to understand and appreciate my interest in people, the fact that I had “my thing” to do, which fully absorbed me. She told me about the two years she spent in prison for robbing the local shop to steal some bottles of vodka. Vodka that she hadn’t even managed to drink, as she pointed out a couple of times. The police got the bottles instead. “I saw too much there, in prison, far too much,” she would tell me, “some things I would prefer to never have come to know… I’ve always thought that I would be the best at everything; I wanted to be the best. I wish you all that…” Once, when I was thinking I was about to leave the next day, we said goodbye to each other. I turned away and was about to go, but I was on the point of crying. Then, I turned back to her, she did the same and started to shout in a bit exaggerated theatrical way – I love You!... We walked towards each other and she gave me a hug…

The last time I saw her she was nervous, trying to abstain from drinking. The atmosphere in her place that morning was really strange. Her second daughter came back and started to turn her against me. Her son was sitting in the corner of their summer kitchen cutting a twig. Marina herself had a big knife in her hands and was cutting lard she had bought earlier that morning. They all were quite tense. Maybe the reason for this mood was the following: at night, a barn in the nearest village was burnt down, and, it might have been Marina who did it. They were constantly asking me if I knew something about this matter… Eventually, Marina kicked me out of the house and I walked away at a quick pace, quite upset, but, even more than that, preoccupied for my life, thinking that Marina might follow me with the knife in her hand.

I often think of Marina - of her days and nights; of her worst moments when she is seen sleeping on the road or by the shop, no matter if it is summer or winter; of her sober moments, probably the most difficult ones, when she becomes conscious of everything and wants to have a “normal” life. The moments of struggle with herself that inevitably end up in defeat; of this never-ending carrousel and the personal hell that she has to go through day by day.